Aradia has been dancing since the age of 4.  Ranging from ballet, jazz, tap, funk contemporary dance, then discovering bellydance in 2000.

She trained with several of Sydney's top Bellydance Academy's for 6 years before turning to professional bellydance since 2003..

Aradia is experienced in classical egyptian, greek, lebanese, turkish, modern, khaleegy, sword, veil, double veil, zills, saiidi and fusion styles. Aradia created Industrial Bellydance in 2003 and has released her first DVD - Industrial Elements Vol 1 which is available on her website spellboundbellydance.com.au.  Aradia believes highly in expression through her movement and enjoys nothing more than an empty room.. and the beat. 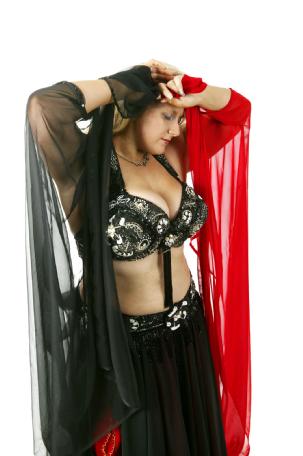