Caricatures that are worth framing.
Before Peter became the editorial cartoonist at The Newcastle Herald he was an exhibiting fine artist with several awards to his credit. His newspaper art has also won accolades, including first prizes in the National Rotary Cartoon Awards. Since joining the media he's used his portraiture skill to become a leading caricaturist, and is now in constant demand for functions, able to capture the likeness of a person in a way that's both fun and entertaining. His style can vary from outrageous to serious depending on each person's preference. Rather than create throwaway cartoons, Peter prefers to draw caricatures that can be treasured for years afterwards.

Peter is also an experienced public speaker who can entertain entire audiences with his quick wit and fast brush on large sheets of paper. If you want a cartoonist who is not only entertaining but memorable, invite Peter to your next function.

Client to provide:  Table & 2 chairs in a well lit area, refreshments and parking close to venue. 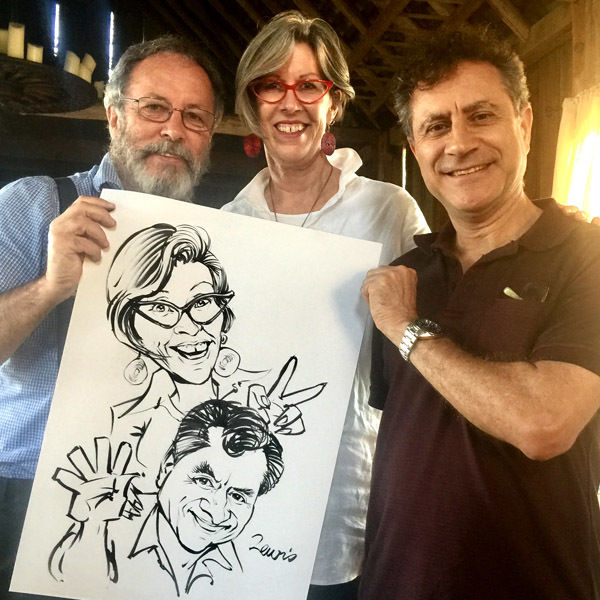