Let me CHRIS KELLY, award-winning Caricaturist, Cartoonist and Artist for the Australian and Daily Telegraph, use the skills built up over 35 years, to provide you with that special, unique caricature gift for a partner, a friend or work colleague who’s leaving or just deserves special recognition.

These can be prepared in a number of ways. Let your imagination run free.

Here are some ways:

LARGE FAREWELL CARD
A large A3 card provides plenty of space for colleagues to sign and farewell comments.

FAUX MAGAZINE COVER
Reward your friend or colleague with their portrait on the style of magazine of their choice.

NEWSPAPER ARTICLE
Similar to the Faux Magazine Cover, but this format allows you the space to tell a story, or two, via fake news articles. Copy provided by you!

DIGITAL COPY FOR WALL PROJECTION AT SPECIAL FUNCTION
A digitized caricature allows you to project the caricature as a backdrop to a birthday, farewell or milestone award function. 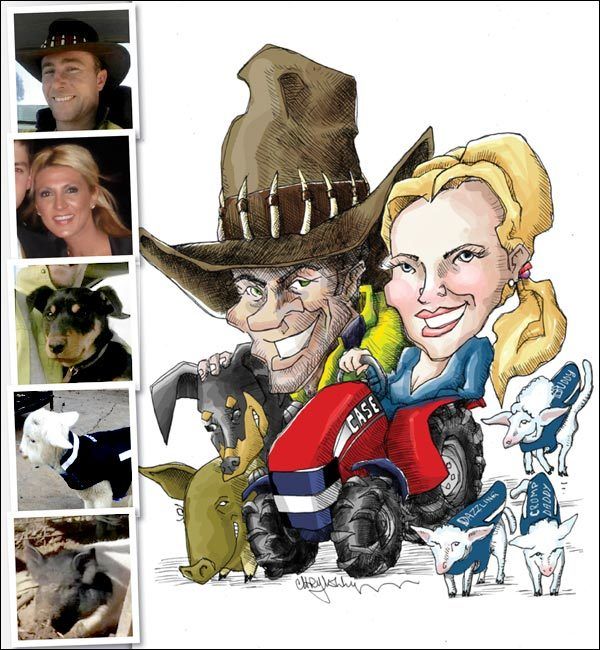