Glenn the MagicMan will make your next child's party or family event the “funnest” one ever with hilarious slapstick comedy, laughter, magic, ventriloquism, as well as lots of audience participation and special “star” treatment for the birthday child and all his on-stage helpers.

Glenn has appeared at literally thousands of birthday parties and family events over the last 20 years, making him Australia’s No.1 full-time kids show professional.

Experience Glenn the MagicMan’s world class birthday party shows which are packed to the brim with a dynamic mix of amazing magic, hilarious high-energy stand-up & physical comedy, professional puppets & ventriloquism as well as colourful balloon creations, all of which can be performed almost anywhere.

Although last minute bookings can sometimes be accommodated, Glenn the MagicMan’s schedule fills up extremely fast so it pays to book as early as possible so you don’t miss out!

For birthday parties with audiences of 30+ children, we reccomend Glenn the MagicMan's Birthday Fun Show.
This show is designed to be more visual for larger groups and can accomodate audiences of up to 200.


Glenn is also available for family events with his Family Fun Shows which are less age specific are designed for corporate and private functions, fetes, festivals, launches, and picnics.

Glenn’s Family Fun Shows are highly visual and very colourful involving the whole audience, delighting them with magic, balloonary, ventriloquism and loads of action packed laughs for young and old.

Glenn the MagicMan has specially themed shows for special times of the year such as Christmas, Easter and even Australia Day!
If you are celebrating a wedding, engagement, anniversary, christening, naming day, or any other special holiday or occasion,  why not have Glenn

"There are clearly large numbers of entertainers and a parents choice is somewhat hit and miss. This makes it all the more rewarding when a genuine hit like you is found. Your ability to engage all the children from the minute you stepped through the door, until you waved goodbye to them all pressed against the fly-screen was sensational. Other parents were amazed at the attention spans of their children and your ability to generate a captive audience. Everyone was singing your praises. Your show was entertaining and innovative and captivating – even our 9 month old twins sat on the floor to watch, true value for money and had the 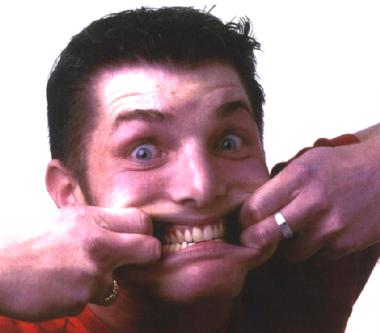