Have Mambo Jambo at your next children's function, event or private party. You can have solo, duo or trio characters. Choose Paul Jamieson, Fairy Anastasia and Bongo the cheeky monkey for festivals and large events.

Playing wonderful Carribean beats and highly contagious music you will be blown away by the energy and excitement of Mambo Jambo. Included in the show are songs from Paul Jamieson's latest CD "Beautiful Day", his  "Green Songs"  are not only environmentally friendly but extremely dancable! For the younger children Bongo the Cheeky Monkey is highly recommended as a cuddly addition to the act. For children aged 3 and over have Paul and Fairy Anastasia as a highlight for your event. Fairy Anastasia has a new book and cd out, "Welcome to Fairyland" and during the show she features with her rendition of the "Fairy Mambo". So dance your heart out and have the Mambo Jambos at your next function.

"Fantastic, the best children's entertainment in Melbourne for both adults and children to enjoy"

About Paul Jamieson:London-born of Caribbean descent, Paul is a multi-talented entertainer
breathing a breath of fresh air into the children's music scene.

His songs are fun for kids and more often laced with contagious rhythms that have everyone "grooving", young and old. Reggae, rap, calypso and pop are just a few of the styles covered.

Paul's shows always lean towards audience participation  including a chance for the children to play along using a musical instrument (tamborines, shakers etc.) from his basket of goodies.

Paul has been a hit at many major events here in Victoria including Kids Day Out, The Variety Club Christmas Party, The Apollo Bay Festival, Melbourne Comedy Festival etc.  and is constantly performing at pre-schools, primary schools, libraries, festivals and major events.

Paul has enjoyed popularity in Victoria, South Australia, Queensland and New South Wales. See the "News" page for upcoming performances and tours.  You can "Host" your own Paul Jamieson concert as a Fundraiser  - just email or phone to find out when a visit to your state is likely.

Fairy Anastasia has delighted audiences at the Melbourne Show, Knox Carols by candlelight, at the Tulip Festival and as far abroad as Mumbai and many private parties. She is a regular performer at the Meadow Inn Hotel, Fawkner. Also known around Melbourne for the past 15 yrs as a professional face painter, a children's dance and music program leader, a qualified dance teacher and belly dancer. A seasoned performer and children's entertainer, Fairy Anastasia recently joined with Paul Jamieson to create a book/cd with 9 original fairy songs, "Welcome to Fairyland" (available at gigs). 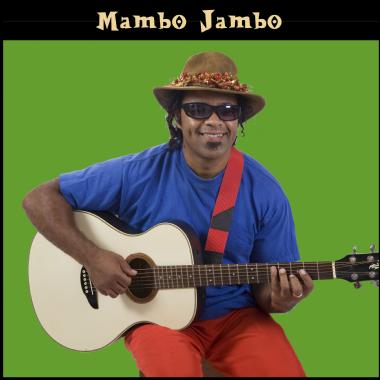