Eric the elf is a hilarious interactive roving character who performs a wide range of circus skills as part of his roving Christmas comedy performance. He can also perform a 30 minute stage performance.

Eric is not the brightest elf but he is very enthusiastic - he attempts to make presents , both using his mallets and his modeling balloons. He is often surprisingly successful considering his silly and illogical way of doing things. Eric also juggles pins and presents in boxes and has some Christmas surprises in his bag of juggling tricks. He travels on a unicycle in search of children as he finds out what they want him to make.

This elf act combines clowning skills, a whimsical, innocent and mischievous character and some great circus skills. Eric creates the world of an elf having a day off from making presents in Santa' workshop.

Eric wears a green velvet and a red silk shirt with curly cuffs and collar.

Danny Diesendorf has been performing street theatre and working as a professional actor and clown for the last sixteen years. He is a graduate of the Victorian College of the Arts Theatre Making Course (Grad dip Animatuering). He has also trained in London at the physical theatre school Ecole de Mime Corporel and has done training intensives in clowning with Phillipe Gaulier.

Danny received a comedy award from the Melbourne Fringe Festival in 2003 and performed “Toggle the Clown” at the Logie Awards 2006 and performed a variety of acts at the Sydney 2000 Olympic Games and Paralympics. He has also been contracted to perform at Westfield shopping centres in Canberra over a period of many years. When creating clown and street performance Danny aims to entertain people of all ages, from small children to their grandparents. His style of clowning is playful and never patronizing, drawing on the innocence and lateral thinking of the essential clown. He has a wide range of performance skills; including juggling, unicycle, tight-rope, stilts, close-up magic, fire-stick and break-dancing, which he weaves into his acts. Danny currently works as an actor with Melbourne Playback Theatre Company. He has appeared on television in the ABC drama Bastard Boys. 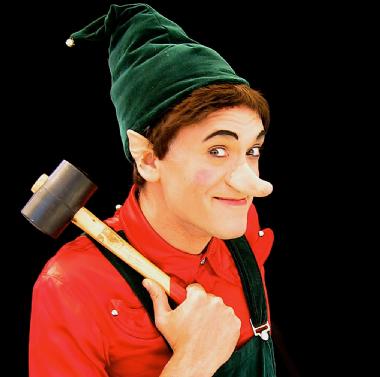