Prepare to be captivated by Nickleby the Magician as he creates amazing illusions, like flying presents and the magical appearance of Santa!

Nickleby The magician is fast becoming one of Australia’s favourite family entertainers.

After sold out theatre shows, TV appearances & performing to half a million students in schools, Nick’s action packed performance is fun for the whole family.

Nickleby, otherwise known as Nick Britt was trained & inspired by his father who has been touring as a full-time magician for 40 years, Nickleby say’s he is the luckiest guy in the world being able to do what he enjoys most for a job, making people laugh, having fun & creating that sense of wonder

Nickleby’s favourite saying is “A day without fun is a day wasted” so don’t miss the fun & amazing magic of Nickleby, Master magician. 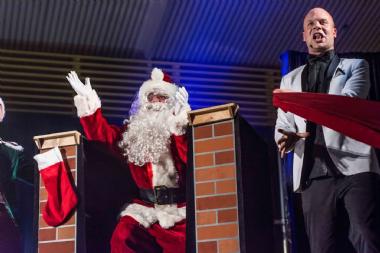