This performer is the Chinese Gong-fu master. He has been performing since he was seven years old in Mainland China. In Australia he was on Ray Martin’s Today’s show, channel ten “Weather Report by Tim Bailey” and he was on channel Seven’s Australia Got Talent and got through the heat into Semi-final in 2007. His acts has been selected by “World Got Talent. 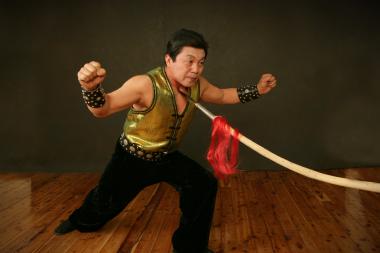