Over the past 20 years, SUPER HUBERT has become an icon in children's entertainment in Newcastle, Australia. Now with his assistant SUPER EMILIE his show is bigger, better and brighter!

From 1986 to 1988, SUPER HUBERT held the title CHAMPION MAGICIAN OF AUSTRALIA. SUPER HUBERT remains one of the most entertaining magicians in the country.

SUPER HUBERT and SUPER EMILIE are regulars on the Variety Club bashes and other charity functions.

SUPER HUBERT has a rare gift, the ability to totally capture a child's imagination and attention and then run away with it. He takes them on a magical ride through the show which is full of side splitting gags, tricks, illusions and antics. SUPER HUBERT'S unique magic forms part of the happiest memories kids can recall about their childhood.

MAKE SUPER HUBERT THE SUPER HERO OF YOUR NEXT FUNCTION

6 Birthday/Christmas Party - Tailor made comedy / magic for the whole team.

SUPER HUBERT AND SUPER EMILIE ARE A WORLD CLASS ACT LIVING IN AUSTRALIA.

YEARS HUBERT - SUPER MAGICIAN Hamming up a series of expertly performed illusions in over- emphasised choreography in time to incongruous music - Hubert captures the imagination and runs away with it. His bearded face is a pseudo serious front for foolish, outrageous and theatrical routines, a super-man inspired costume change in a phone booth on stage absurd, innocent and very funny. He's mad, fresh, great. "'ENCORE AUSTRALIA" MAGAZINE

Winner of the 1988 "Houdini Award" Australia's major magic award. 1986 to 1988 Champion Magician of Australia Appearances on ABC TV's Comedy Store. Regular guest appearances on national T.Y. Show "Young Talent Time" and toured - 1986 - 1988, to Sydney, Brisbane, Melbourne, Hobart, Entertainment Centres, with audiences of 12,000 people. Appearances on national T.Y. Show "Today's channel 9. Appearances on national T.Y. Show Ridgey Didge, channel IO. & Performed many radio and T.Y. commercials. Since 1979 won 24 awards in magic including Best Comedy Magician, Best Stage Act 1985 Winner of "the Australian Gold Medal Award in magic". Has the Distinction of being one of a select few who can entertain audiences from 4 years old to 104 years old. Has the distinction of being one of the only magicians in the World to perform, weekly, magic on Radio, with one of Australia's Top D.J.'s, David Jones on 2K0. 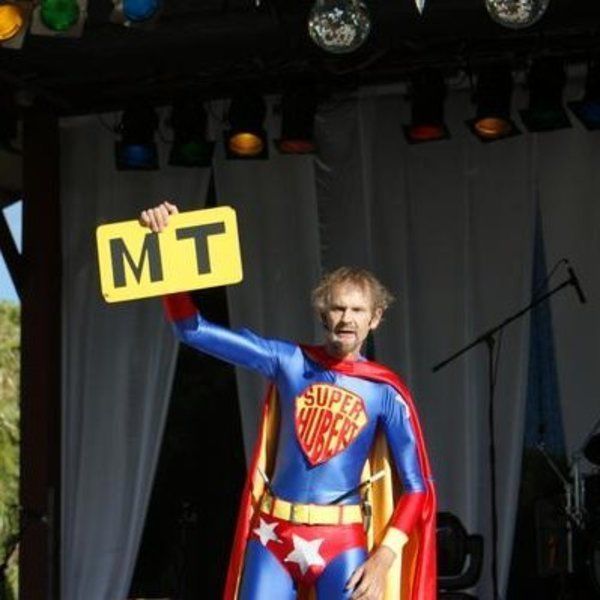