Chicken Palmer hails from and has lived his first 37 years in Melbourne, Victoria. After completing a B/A in Drama, he worked a multitude of crappy jobs, did a heap of foolhardy busking and a stack of 3rd world backpacking. Chicken Palmer was slowly marinating! Adam then took the leap into Stand up in 1996. He quickly became one of Melbourne’s fastest rising stars, working as either MC or headline act in places such as ‘the Comedy Club’, ‘the Comics’ Lounge’ and ‘The Espy’ in St. Kilda within eighteen months.

In 1997, Adam began writing, directing and hosting ‘the Looney Bin Theatre Restaurant Show’ after having worked there initially as a singer. Adam would often write specific comedy routines, songs and parodies for corporate groups such as Toyota, Telstra and McDonalds. (“Adam’s comedy never failed to entertain…appeals to virtually every taste” - The Looney Bin)

In 1999 Adam was employed as a writer on the hit sketch show ‘Full Frontal’. He also appeared regularly in the channel 7 sketch show ‘The Big News’ and performed his stand up on ‘Foxtel Headliners’. Adam has enjoyed many serious roles in Australian drama programs such as ‘Stingers’, ‘Neighbours’ and eight episodes of ‘Blue Heelers’. On top of this, he is a well-known face from over a dozen television commercials.

“Adam Palmer…Goin’Off!” was the chicken’s 2002 solo show for the Comedy Festival and was an hour long extravaganza of musical stand up comedy at ‘the Comic’s Lounge’. (“Palmer performs unique stand up and songs…see him before he becomes huge” – The Age) He then followed that up in 2003 with ‘Bare Naked!’ at the Comedy Club, his fourth Comedy Festival show. (“Worth waiting for…packed with bucketfuls of zingers! This chicken is sensational” – Herald Sun) Personalities Adam has worked with include Jimeoin, Dave Hughes, Billy Brownless, Rove McManus, Geofrey Rush and Channel Seven’s Peter Mitchell.

During 2003 Adam was a weekly guest on Greg Evan’s 3AK afternoon radio show where he wrote and performed a song parody of the week’s news events. (“Chicken Palmer is a very funny man... and quite delicious” – Greg Evans)

Adam has completed two further successful Comedy Festival shows “Whose Shout Is It Anyway?” and “The Steamers” in 2005 and ‘06 and now spends his time touring venues in Victoria, Sydney and Queensland.

Sizzling and freshly plucked; Australia, your Chicken Palmer is ready! 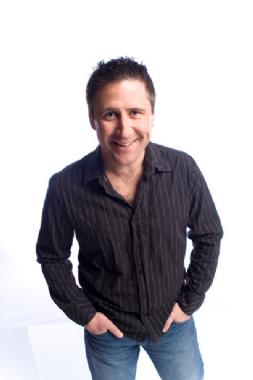