Carlotta is an icon of the Australian entertainment industry. Carlotta began her career in the 1960's as one of the original members of the internationally renowned "Les Girls" in Sydney's Kings Cross. Shortly after starting at Les Girls, Carlotta became the show's star and witty compere. Carlotta is one of the inspirations behind the motion picture 'Priscilla Queen of the Desert', later turned into a smash hit stage musical.

Carlotta moved onto appearances in numerous television productions from ‘Number 96’ to ‘Good Morning Australia’ with Bert Newton and more recently ‘Beauty & the Beast’ with Stan Zemanek.

“Carlotta: Live & Intimate” show exposes the private dramas of iconic Australian entertainer Carlotta. A unique look into her life at Les Girls, during the Golden Mile era of Kings Cross, to appearances on hit Australian TV shows. Carlotta's story is both an outrageously funny journey and a brutally honest look at the ruthless entertainment industry, the trappings of success and the ultimate vulnerability of the first ‘Queen of Les Girls’. The shows takes the audience on a ride through Carlotta's life; it peels away the mask of an iconic Australian entertainer, laying bare both the struggle and thrill of living life as a groundbreaking female performer. The journey unfolds with Carlotta's unique and legendary comic humour punctuating the decades. “Carlotta: Live & Intimate” is a fantastic show with a mixture of the good times and the bad; often hilarious and always captivating! 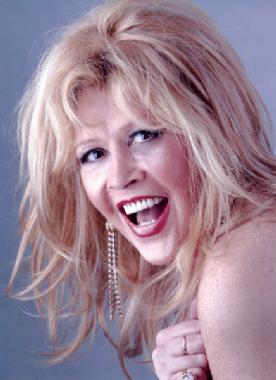