While today most of his live work is as a CORPORATE ENTERTAINER at corporate events both serious and social, over the last umpteen years Goblet has performed all over Australia, and overseas in America, Canada, England and New Zealand. His audiences have ranged from rowdy hotel patrons through to sophisticated corporate executives, and he's also enjoyed numerous big occasion nights, including 2 shows at the Sydney Entertainment Centre, and half a dozen at Melbourne's concert hall. Goblet is best known for his multitude of appearances as a guest standup comedian on shows like Hey Hey it's Saturday, Tonight Live, Midday Show and the Big Gig. He has also done guest appearances on lots of celebrity T.V. game shows, Burke's Backyard, Neighbours and the Footy Show etc, etc, etc, as well as starring in state and national television commercials in Australia and New Zealand. While he claims to be the "fourth but silent tenor", Goblet's humour mainly comes from his obsession with trivia, and the contradiction between his understated manner and his overstated material. His appeal comes from the fact that he takes a rather different view of simple everyday things - for example "do you ever wonder how unfair it is that only one hole in your watchband gets all the action", and whenever he is delivering his barrage of totally unrelated one-liners, and maybe even the odd two-liner, he always invites you to "change gears mentally".

Corporate Entertainer Elliot Goblet is well known for his television appearances as a guest comedian on variety shows. However 90% of his work is at events like conferences, product launches, dinners and client parties, where you'll see a more animated and more personable Elliot Goblet. To date he has done over 1000 of these events, and his major strength is his ability to write specific but tasteful material for each presentation, after much research into the industry, company or association, and the people who might be good comedy targets (if appropriate). Through his specific tailoring, Elliot Goblet can provide his clients with solid benefits such as improvement in motivation and improvement in communication. Additionally, he'll make a positive emotional impact and give his audiences plenty of laughs. Goblet's clients include Optus, Telstra, Qantas, Shell, Mobil, Ampol, Microsoft, IBM, Compaq, Nestle, Cadbury, Kraft, Saab, GMH, Ford, Toyota, Sony, Panasonic, AMP, MLC Insurance, Helene Curtis, L'oreal, ANZ Bank, NAB, Westpac and hundreds of others ranging from small to large organisations. Many users of this particular corporate entertainer have used him for repeat engagements, repeat engagements, repeat engagements.

A few client comments - "Elliot goblet's presentation, which was hilariously funny was the icing on the cake of a very successful day and remained a much discussed topic for some time afterwards." Microsoft

"We would have no hesitation in recommending Elliot to any person or organisation looking for someone who makes the extra effort to make things work." Canon Australia

"your research process was outstanding." National Association of Personnel Consultants

"The Elliot Goblet segments and facilitation process during the conference were the key to its success." Black & Decker

"Throughout the two days of conferencing, Elliot was able to demonstrate great adaptability in his capacity as M.C. from his welcome address through to hosting our gala (black tie) awards dinner." Utag travel 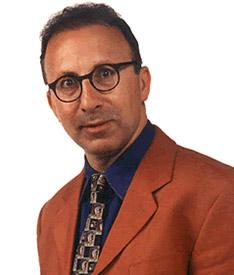