Q: How did someone so boringly normal get into stand-up?

A: Because there's nothing normal about Gabriel's view of the world.

Gabriel commenced performing stand-up on the Melbourne circuit in June 1996. Since then he has become one of Melbourne's premier comedians. Gabriel's style is uniquely his own. He enjoys being satirical with song parodies and sharp-tongued about social issues. A cheeky presence on stage and a boyish charm allows him to push the envelope without losing his audience. It tends to be a case of "how can you take this cheeky guy seriously?"

Unlike a lot of comedians, Gabriel had a fairly normal upbringing. His childhood was easy. He never drank or took illegal substances, there was no major trauma for him as a child and, to say the least, very normal. Which leads us to the burning question - How did someone so boringly normal get into stand-up? A: Because there's nothing normal about Gabriel's view of the world.

In a street press article, Gabriel was once quoted as "having the ability to make the most obvious demographic facts into the funniest song parody." This is demonstrated by Gabriel's Melbourne suburb songs to famous tunes, which has had Melbourne audiences in stitches for some time. Gabriel's stand up is "in your face" as quoted by the press. His blunt approach on social issues is uncompromising and very funny. Gabriel always likes to tell it as it is. Honestly - and brutally so with hilarious results.

Gabriel's experiences as an Australian-born Italian are expressed as never before. Who else would joke about the fact that his parents gave him money even though he earns more than they do? And now, as a father himself, he can talk about the hilarity of family life and the stupidity of having young kids when you're in your 40's. It's something Gabriel believes many people ever think through!!

Gabriel's versatility has seen him working in several mediums such as radio (TTFM, Triple M, Triple R, Fox, SBS Radio & Community Radio) as well as TV (Channel 31). Gabriel has performed in most major venues in Melbourne and Sydney and has toured Perth, Adelaide and Brisbane.

Gabriel likes to avail himself to do charity comedy shows wherever possible and enjoys working for community-based media. Corporate functions are also very much a part of Gabriel's workload, as are private functions such as weddings, birthdays, social events, etc.

You can see Gabriel regularly at The Comic's Lounge in North Melbourne, where he holds his annual "A Very Woggy Xmas" show every year featuring guests from all sorts of multicultural backgrounds.

Gabriel is also an accomplished M.C. for weddings, corporate events, or basically anything!!

"I'm tired of the way wogs have been portrayed for so many years. I want to bring ethnic humour into the new millenium. Wogs don't walk around talking like idiots driving their Monaro's anymore. Some of us own Honda Preludes now!"

"If you're easily offended, chances are you don't have a sense of humour and shouldn't watch live comedy... or any comedy for that matter!"

Born February 3, 1971 in Orbost, Victoria, Gabriel's family moved to Melbourne when Gabriel was only one year old. Even as a young child, Gabriel would entertain his sister's friends when they came around, but he didn't do his first public performance until the age of 10, at a school camp, where he recited a fifteen minute-long "Cheech and Chong" sketch. The performance was so popular that there was an encore performance at school assembly later that week to a huge response.

However, after that initial success, Gabriel left the world of comedy only to return fifteen years later. It was mid 96 when he made his first appearance as a stand-up comic on the grueling Melbourne pub circuit. This time he was “all grown up” and was using his own material! It wasn't too long before Gabriel was finding his feet and growing in stature. Realising that he found his passion in life, Gabriel focused very heavily on his comedy by watching the local acts and developing his own unique style of self-deprecating Aussie/Italian humour.  He uses musical parody to great effect in his act and has a fine singing voice as well as being able to play the guitar making him an all-round entertainer. 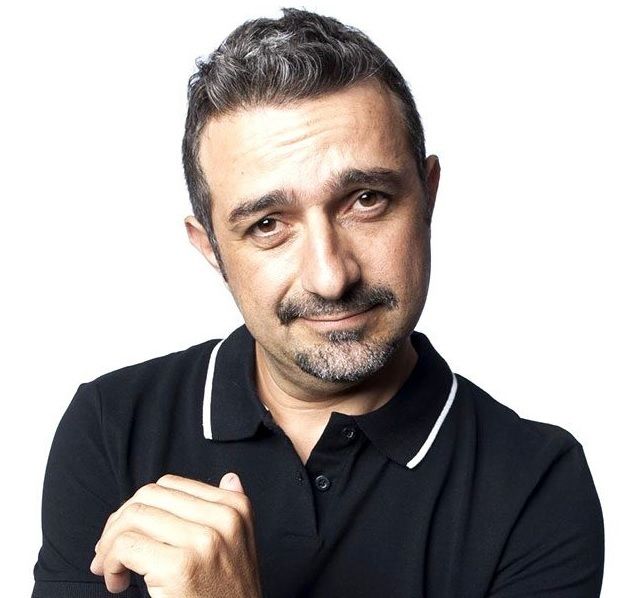