The Year 2000 in Australia saw the millennium bug come and go, the economy was concerned with the introduction of the GST and in September the whole world, and in particular Australia, stopped for two weeks to look at the land 'down under' as it staged the greatest Olympics ever. As far as interruptions go the year 2000 will never be forgotten. Yet despite the upheaval that the events of 2000 caused one young comedian managed to transcend all disruptions and perform to packed houses across Australia cementing himself into the minds of Italo-Australians as the greatest comic ever to represent their unique culture and in doing so etched himself in the record books.

Joe Avati's first one man show 'La Dole-Cheque Vita' is now officially the most successful Italo-Australian show in Australia's history drawing over 60,000 fans to his show in little over 6 months. In some cities and towns the shows sold out before the posters were put up and in Melbourne the first four shows sold out in two hours. No Australian artist of Italian origin, past or present, has been able to re-ignite the passion of being Italian as Joe Avati has. The parents of many Italo-Australian children have been trying in vain to get their kids to speak, or at least, take an interest in their Italian heritage. And now because of Joe Avati they do! Teachers of Italian all over the country are frustrated with their pupils, who, instead of answering questions in 'proper' Italian, respond in the same style as Joe Avati would half in English half in Italian.

Joe Avati's story is that of a talented individual who went from being a songwriter in high school to studying food science at University, graduating at the top of the class with honours, and then, turning to comedy, managed, in two years, to excite Italians all over Australia with his unique brand of comedy like nobody else has. Not even Italy's favoured artist's, who have toured Australia, have been able to replicate the excitement and draw record crowds to their shows as Joe Avati has. He has recently been credited as single handedly re-uniting the Italian community in Australia

What makes Joe Avati unique is perhaps summed up best by a critic of the Age newspaper in Melbourne who stated that Avati has that same great ability (as Jerry Seinfeld) to point out the obvious without pointing out the obvious.¿ Combining this ability with idiosyncratic observations of the everyday Italian life in Australia has struck a chord with Italo-Australians both young and old and earned him the nickname 'The Italian Seinfeld'. His shows are attended by 7 year olds as well as 77 year olds and all ages in between.

The record attendances have amazed some of this countries best promoters. In Melbourne Joe performed 15 sell out shows at The Reggio Calabria club before moving to The Athenauem Theatre, a venue twice the capacity, where he performed another 4 sell out shows in three days. On his first trip to Adelaide, usually referred to as the 'entrepreneurs nightmare', 3000 Italians packed the Woodville Town Hall over 3 nights to see his performances and in Sydney Joe sold out the auditorium at the Marconi Club 4 times in a year before selling out the Showroom at Star City Casino on a Monday night a feat that can only be matched by a high profile mainstream comedian like Jimeoin. The same happened all over the country, in the big cities and in regional Australia. All this with little or no publicity from the mainstream media.

Australia is not the only place the Joe Avati craze has taken off. He has recently been forced to postpone his Australian tour planned for later on in the year to service the huge demand there is for his talent in North America. He receives on average 30 emails a day from Italians in Canada crying out for his show and his CD's. 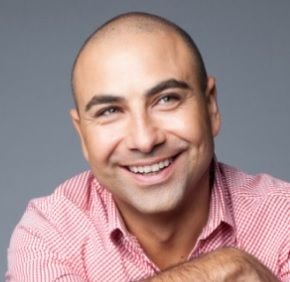