PAUL MARTELL IS ONE OF AUSTRALIA’S LEADING AND MOST SUCCESSFUL CORPORATE COMEDY ENTERTAINERS AND EMCEE’S….

Well you may not have heard of him, but he has been voted COMEDIAN OF THE YEAR by his peers on 14 occasions at the coveted “MO”, “ACE’ & “VARIETY HEARTAWARDS”, the latest being MARCH, 2014. He remains in constant demand and is still one of the busiest comedians in the business due to his ability to continually ‘re-invent’ himself, stay fresh, non-offensive and current.

PAUL’S INCREDIBLE ADAPTABILITY at being able to work in any arena, has seen him make numerous appearances for major ‘Corporate’ events as well as ‘Sporting’ events such as the AFL& NRLGRAND FINALS, BLEDISLOE CUP, A LEAGUE, STATE OF ORIGIN, AUSTRALIAN OPEN TENNIS, FORMULA 1, MELBOURNE CUP FOR CROWN CASINOand SUPER V8’S on the Gold Coast. He has also performed on prestigious ‘Cruise ships’ such as QUEEN MARY 2and in ‘Concert halls’ around Australia with international legends such as SHIRLEY BASSEY, JULIO IGLESIAS, SHIRLEY MacLAINE AND ENGLEBERT.

As a‘MASTER OF CEREMONIES’he is continually re-booked at conferences and award dinners such as thePARK TRENT PROPERTIES GROUPwhom he has toured Australia with for 3 years as MC /Comedian with JESSICA MAUBOY, SAMANTHA JADE, DAVID CAMPBELL AND LEO SAYER, and has recently been confirmed for a fourth year withGLENN SHORROCK, BRIAN CADD AND MARCIA HINES.

Paul’sHOAX CHARACTERS are specifically tailored to your business and his brilliant impressions of SEAN CONNERY, MICHAEL CAIN, ROBERT DENERO, RUSSEL CROWE, JACK NICHOLSON AND NICHOLAS CAGEto name a few, are a highlight of his act.

“As a comedian with us 3 years ago, you were received by ParkTrent and our clients with such high regard that your movement to MC was a natural progression. Your natural flair with the audience and your ability to connect with all cultural backgrounds has provided a magic evening time and time again. You are a true professional Paul, and a true gentleman personally. It has been our pleasure to have your talent as part of our special evening’s year after year..”   RON CROSS – CEO, PARKTRENT PROPERTIES GROUP   (Nov 24th, 2014)

“What MC on the planet can make our events shine the way you do! Your talent is unparalleled, your charisma charming, personality contagious & showmanship the best in the business!”  MICHAEL LUCCETTI-CEO, INFINITY EVENT MANAGEMENT   (Dec 19th, 2014)

“I was at a recent V8 Supercar lunch at Jupiter’s casino. It was a real pleasure to see you perform again. I knew a lot of guys in the crowd and the compliments were universal; well done”    TONY VALLONE-CEO, INNOVA PROPERTY GROUP  (Nov 11th, 2014)

“Paul was fantastic, he’s such a delight, and we just LOVE him, what a great performer”   ANGELA GARNISS- HUMPTY DUMPTY FOUNDATION    (Nov 20th, 2014)

“We have had tremendous feedback about the event and in particular your performance. Your comedy routine was fantastic!”   KELLY STOCK - SPORTSNET HOLIDAYS    (Nov 11th, 2014)

“We continue with Paul as he runs a tight ship and our audience looks forward to his ad-libbing and entertaining throughout a busy evening that could otherwise be longwinded and boring”   MICHAEL WATERS-CEO, ALSA       (5th Nov, 2014) 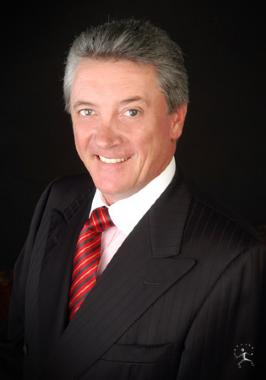