“I can highly recommend Simon as a master of ceremonies. Simon reads the moment smoothly, anchors the event, and combines just the right elements to make the occasion memorable” - Trudy Atkinson, Kwik Kopy Australia

“On behalf of the QLD Ronald Mc Donald House Charity Ball Committee we would like to thank you for being hysterically funny at our Diamond Ball! Your professionalism & the way you read the audience was amazing. The audience was captivated by your hilarious observations on everyday life situations! Thanks for helping make the night a roaring success & adding humour to the night! Many thanks; your fantastic!” - Michael & Nyree Fegelson, Ball Co-ordinators 2010

“Simon Kennedy is funny, very funny in fact. The man can certainly think on his feet” - Kellie Warner, meapcareers.com.au

"Due to your professional approach & humour during your MCing, I think we raised more for the Childrens Hospital than we might have without you. We'll certainly contact you for the next fundraiser.” - Jeff Manson: Founder of “Fishing For Sick Kids”

"Simon is a dynamic and highly energized performer who offers an exhaustive range of material to serve the most discerning of audiences” - Ricky Schutte, Chief Executive – Producer, RMS entertainment

SIMON KENNEDY is a much sought after MC and Entertainer in the corporate sector, bringing to life the bench-mark events of some of Australia's most respected companies.

Simon’s TV appearances in Australia include The Today Show (Channel 9), a record three appearances on Thursday Night Live (ONE HD), Stand-Up Australia (The Comedy Channel), Joker Poker Series 1 & 2 (Channel 10) as well as numerous short films and television commercials for the UK and Australia.

Simon’s talents as a voice actor have seen him playing Saddam Hussein, Michael Jackson, and Justin Timberlake in the award winning animated short-film “Atonement Tonight” which was screened at Academy Award qualifying film festivals across the US. Also look out for Simon as the voice of a Winston Churchill-esque British Bull-Dog in the up-coming short feature “The Adventures of Roman Pilgrim”.

Simon has won 2 Commercial Radio Industry Awards (ACRAs) for Sketch Comedy and Radio Production, and has subsequently been featured as a regular wit and character voice specialist on radio stations across the country. For 6 years Simon was “the guy who came up with the funny stuff between the songs on Nova” as the resident comedy writer/character voice in Sydney, Melbourne, Brisbane, Adelaide, and Perth.

For 5 years Simon hosted “The Show With No Name” with comedian Steve Philp, as well as “Kennedy & Philp on Nova 96.9fm.

Simon's Stand-Up Comedy career has seen him impress at the Melbourne International Comedy Festival show "Fishing for Cigars" in 2001. 2002 was a very fruitful year for Simon with a successful one-man show “The Angina Monologues” at Sydney’s famed Old Fitzroy Hotel Theatre, the show was also a feature at the 2002 Melbourne Fringe Festival, The Show With No Name - Live” at Sydney’s “Big Laugh Comedy Festival, The Theatre Sports Celebrity Challenge” at Sydney’s Enmore Theatre and Simon Kennedy Stands Up! at Brisbane’s Powerhouse Theatre. 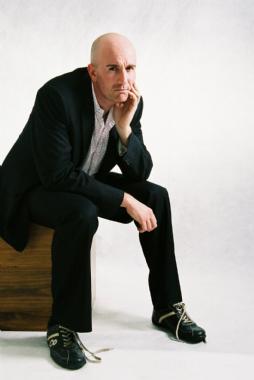