DARREN SANDERS has been performing stand-up comedy for 20 years (on TV shows Stand Up Australia, Rove, In Melbourne Tonight & Russell Gilbert Show) and Headlines all of the major comedy clubs around Australia.

More recently Darren has been travelling on cruise ships in The USA, Asia, New Zealand and South Pacific entertaining nationalities from all over the world.

2012 saw The Darren Sanders Show air nationally on free to air and cable in both Australia and New Zealand to favorable reviews from critics. In 2013 the Nine Networks GO channel also aired 4 'pilot' episodes.

He appeared in Underbelly 3 and the feature film by Working Dog ‘Any Questions for Ben’ where he has the honor of having the last line in the film.

In 2006, The Dazz and Gazz Radio Show on TV beamed out in Sydney, Melbourne, Brisbane and Adelaide. In 2009 Darren Sanders & Garry Who joined forces again to produce the program ‘Talking Comics with Dazz and Gazz’ which took out Best Comedy Program at the 2009 Antenna Awards in Melbourne.

Darrens training started early at both La Mama Theatre in Adelaide to The Theatre of Arts in Los Angeles. He even worked as an extra while in LA and can be spotted in the background of such classic movies and TV shows from the early 90's. Lethal Weapon 3, Indecent Proposal, Days of Our Lives, Beverly Hills 90210 and The Bodyguard just to name a few.

A veteran of the comedy scene with over 20 years experience in writing, performing and presenting. 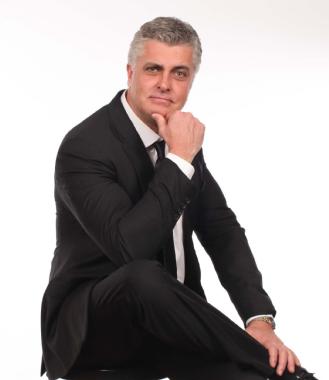