Glynn Nicholas is a man of many talents. His ability as a stand-up comic, actor, improviser, mime and musician is second to none and his numerous one-man theatre shows have won awards and critical acclaim in Australia and overseas. He is experienced in everything from after dinner speaking to hosting product launches, sports hospitality, awards ceremonies and providing entertainment to any manner of corporate, fundraising or public events.

As a street performer, much younger and better looking than now, he numerous awards in Australia, Germany and in San Francisco. In the late 80’s he started doing comedy in the stand-up scene in Sydney and Melbourne, and it wasn’t long before he was signed up to appear in the ABC’s Big Gig where he developed some of his best-loved comedy characters including Pate Biscuit, Sergeant Smith and others. In 1996 he co-produced and starred in his own eight-part sit-com “The Glynn Nicholas Show.”

Nicholas is an accomplished guitarist and songwriter, and can prepare material specifically to suit your event. Nicholas' act is "clean" he's a very clean man, when performing especially so. Remarkable clean.

If you are looking for an assured, inventive and charming professional for your next event, then you need look no further than Glynn Nicholas.

Glynn Nicholas a talented and engaging actor and entertainer, the consummate professional.

“We've had nothing but rave reviews about the evening and much of this can be attributed to your role as MC. Sure 100% Kylie was good but no where near as good looking as you! :-) Your professionalism and ability to captivate and control our audience with your humour was terrific.”  BRIAN VAN ALLEN - CENTENARY & EVENTS MANAGER RAC WA

"I just wanted to take the time to thank you for your wonderful performances during The Plan 10 Year Anniversary Conference in Cairns recently. It was a pleasure to work with an entertainer as highly organised and adaptable as yourself. My team received fantastic feedback from all the members and they themselves enjoyed your varying performances immensely. They also passed on to me what a pleasure it was to work with you. I will highly recommend your services to any event managers requiring same." MICHELLE COLLINS, IMAJE EVENTS

"Glynn’s performance at our Annual Company Dinner was thoroughly enjoyable. He engages the audience so well with his funny and witty humour. His act with ‘The Flea’ was a show highlight. The feedback from our staff and clients has been fantastic. Glynn is an extremely professional and entertaining comedian."   STELLA PATSOURAS, GALVIN CONSTRUCTION PTY LTD

"The material that you prepared hit all the right spots with the audience - you seemed to understand their world and feed it back to them with humour, pathos but most importantly with respect. The conference was rated the best on-shore conference ever!!!"

"It was vital that the pivotal role of Master of Ceremonies is held by someone who is highly professional, while possessing the ability to entertain, gain the respect of the delegates and be easy to work with.  Glynn Nicholas demonstrated an ability to listen, while taking every opportunity to suggest through his own experience (and the routines and characters he can bring to a conference) ways we could achieve our objectives. His research on the company was thorough.  At all times Glynn was cooperative, reliable and professional.  I would have no hesitation in recommending him to any organisation that requires an entertaining MC who has the capability to carry out his duties to the complete satisfaction of the client company."
WARREN O'ROURKE, NATIONAL MANAGER CORPORATE AFFAIRS, MORTGAGE CHOICE 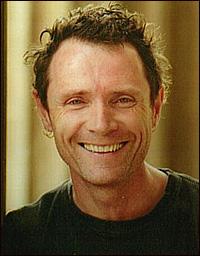