Request a Quote
Kaz Cooke is best known as a successful columnist, author and cartoonist.
Her new book for teenage girls called Girl Stuff was published by Penguin Australia in October 2007, and has been a staple on the Non-Fiction Bestseller List ever since

Most recently Kidwrangling (Caring for Kids aged 0-5), The Baby Book - A Fun Scrapbook for the First 5 Years; Up The Duff: The Real Guide to Pregnancy; also Real Gorgeous - The Truth About Body and Beauty, Get a Grip, Get Another Grip and Living With Crazy Buttocks (newspaper column collections), and the mega-selling send-ups in the 'Little Book' series: from the Little Book of Stress (a send up of The Little Book of Calm), through The Little Book of Dumb Feng Shuito and the Little Book of Diet and Exercise ("why not kayak to work?").

Kaz also co-authored a sensible women's health book on everything from the first period to menopause: Women's Trouble (herbal and medical solutions) by Ruth Trickey and Kaz Cooke.

Kaz's books have been translated into many languages and for many markets including the UK, the US, Spain, Italy, China and Latvia. Yes, Latvia.

A 2004 Calendar based on Real Gorgeous was released at the end of 2003 through the Ink Group.

Regular columns at various times, have included: The Age, the Sunday Age, the Sydney Morning Herald, Who Magazine & The Australian.

Kaz has also provided regular cartoons for The Australian Women's Weekly. Humorous articles contributed to far too many magazines to mention. 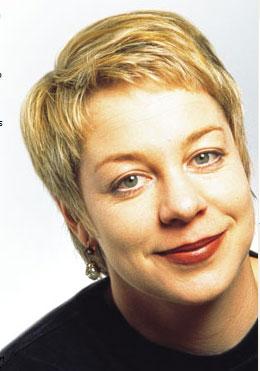