*Michael Connell* Michael Connell began getting laughs at the age of three in his back yard with the Hills Hoist acting as stage and curtain, and he hasn’t stopped performing since. At the age of thirteen Michael added juggling to his already extensive talents and spent several years busking and touring with various small circuses, then in January 2000 Michael tried his hand at stand up for the first time at the legendary Star and Garter Hotel, and he hasn’t looked back.

Michael has won several comedy competitions such as the TREV Campus Comedy Competition, (an annual event which searches for the funniest university student), and the Melbourne Comedy Festival’s Class Clowns Competition (in which he won second place at the national grand final).

Over the years Michael has had great success within the Comedy Industry. He has performed several shows in the Melbourne International Comedy Festival. He has performed to capacity crowds at both the Melbourne Town Hall and Her Majesty’s Theatre, during a half time show at Telstra Dome, appeared on television and radio and regularly gigs at some of the best comedy clubs around Australia. Michael has performed in the NZ Comedy Festival in Auckland and toured the North Island of New Zealand.

He regularly travels to perform in various places around Australia and has performed in Hobart, Canberra, Brisbane, Sydney, and all over Victoria from Warnambool and Elmore to Geelong and Bendigo. Thanks to his all-encompassing and non-offensive style of comedy, Michael is regularly in demand. Community organisations, high schools, companies, and other groups who want to have a comedian at their event, but don’t want to risk offending anyone, turn to Michael.

Michael has worked for many different companies and organisations. His unique clean routines make him the perfect entertainment for any event. Here’s what a few of Michael’s many previous clients had to say: *Corporate* “.

..both a talented performer and a person of honest character.” – Bendigo Bank “

...clean, funny, and helped to make the night a great success.” – Brazen Productions “

..able to gain a strong rapport with the audience very quickly...” – The Cancer Council Victoria “

...a pleasure to work with.” – Amnesty International *High Schools/Universities* “

...it’s great to hear comedy that is clean and funny – Auckland University

...well received and enjoyed by all.” – Victoria University

..hilarious, fresh and a delight for all.” – Galvin Park Secondary College

...an absolute blast and really matched with the mixed demographic of the room. – University of Melbourne Student Union *Youth

...not only a great comedian, but relates well to a wide range of age groups – Courthouse Youth Arts Centre Geelong “

...tailored his performance to be sensitive and non-offensive to all communities. – Stonnington Youth Services Community Groups*

...excellent and greatly apreciated by everyone – Japara Neighbourhood House

...a brilliant upfront delivery and style...&rdquo 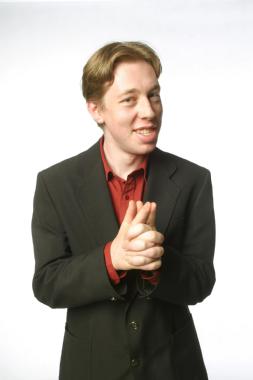