Mr. Alabama began his career doing stand-up in the United States before moving to Melbourne Australia "I'm not ashamed to show the street side of me he says. After many jobs and laughs with friends. And his friends telling Mr. Alabama that you should be doing stand up comedy, “you are a funny man” he did.

Mr. Alabama first performed stand-up in Australia in 2005 at the Comics Lounge in Melbourne. He branched into comedy talking shit in (2005) . Mr. Alabama brings to the stage his own unique style of Black humour. Following in the footsteps of Richard Pryor and Cedric the Entertainer, Steve Harvey, Bernie Mac.

He competed in the RAW competition in 2005, 2006, 2007. Doing his own Melbourne International Comedy Festival show in 2007 & 2008 with Wylie J. they had great success having a number of sold out shows. In 2009 he performed in the Fringe Festival with a few friends in Who’s your Daddy” which they are taking to the 2010 Melbourne International Comedy Festival.

Mr. Alabama has performed in Adelaide and Canberra and has also been involved in performing at a number of sporting clubs across Melbourne having very positive responses.

Mr. Alabama has already been fortunate enough to support some of the biggest names in the country, including George Kapinyaris, Chris Bennett, Hung Le, Marty Fields, Jimeoin and Pommy Johnson to name a few.

Radio both in Australia and America 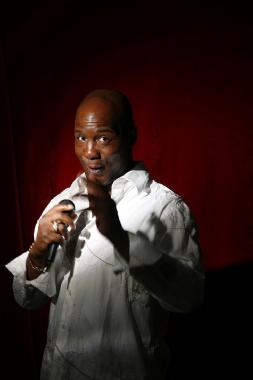