Terry North is regarded as one of Australia’s best imported comic hosts.

With a comic career that started in the UK writing sketches for Hale & Pace and The Russ Abbott show, as well as performing in many comedy plays and pantomimes.

Terry can perform sets of whatever length is required, tailored to whatever crowd is in front of him.

Terry has toured extensively and has many Fringe and International Comedy Festivals behind him And hopefully more than a few in front of him too.

IT WAS AT THE 2013 ADELAIDE FRINGE FESTIVAL THAT THE GOLF SHOW WAS BORN. Fairway To Heaven was a huge success in Adelaide, this is what they said:

Terry North’s latest show, Fairway To Heaven, is a comedic tribute to all things golf; called so because, as the Fringe guide says, all the other four-letter words were taken. With the odd ‘wife’ and ‘life’ joke thrown in here and there – as you do – there is plenty to laugh at with an array of golf one-liners too good to pass up. Comfortable on stage, and full of interesting golfing facts and YouTube clips, North takes his audience on an amble through golfing tips and spits in a relaxed, fun evening that is definitely one for lovers of golf.?

This show is now available and suitable for any function.

Terry is one of the resident MC’s at Melbourne’s Last Laugh Comedy Club.

Terry has worked with, and supported some of the biggest names in Australian comedy including: Dave Hughes, Dave O’Neill, Dave Grant, Jimeoin, Cal Wilson, Greg Fleet, Fiona O’Loughlin and many many more.

Adelaide Fringe Festival 2013: Who's Your Daddy? the funny side of parenting + Fairway To Heaven (Golf Show)

Performed in “Who’s Shout is it Anyway?” 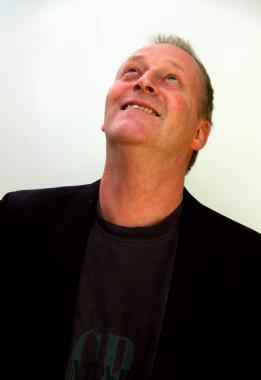