Steve Haddan has built a reputation for excellence across the widest range of skills and disciplines. As a comedian he has forged enduring relationships with the movers and shakers of corporate Australia who’ve acknowledged Steve as the go-to man when the job has to be done properly.His 19-year stint as an on-air presenter and sports journalist with the Nine Network was an accomplishment of which he is immensely proud, so too his achievements as a best-selling author and award- winning radio host.

Steve is a creative thinker who has forged a richly textured and eclectic career.

Toowoomba born and bred, after completing studies in journalism, drama and Australian History at the University of Queensland, Steve spent two years as a professional actor, starring in major productions with the La Bite and Queensland Theatre Companies. In 2003, Steve shared the stage with fellow alumni from the RQTC, Oscar winner Geoffrey Rush, at the Queensland Performing Arts Centre, giving a show stopping performance as his alter ego "Molly" Meldrum at a gala tribute to commemorate the career of the company's long serving Artistic Director, the late Alan Edwards.

After his stint with the RQTC, Steve embarked on a four-year career with Xerox, becoming one of the company's top salesmen. In 1985 he won the American Chamber of Commerce Xerox Australian Salesman of the Year Award. At the same time he was moonlighting as a stand-up comic. In 1985, in a series of show-stopping appearances on Network Ten's hugely popular variety show "Star Search", an earlier incarnation of the "Australian Idol" concept, Steve cloned an uncanny impression of rock guru, "Molly" Meldrum and achieved national stardom. A run of appearances on Nine's "Hey it's Saturday" and Seven's "Celebrity Family Feud" saw him take his amazing talents as a comic impressionist to the next level. Steve immediately became one of the country's most sought after blue-chip performers.

During a two -ear stint as a comedy writer and on-air presenter with FM 104, then boasting the largest per capita audience in Australian radio, he won an Australian Federation of Radio Broadcasters "Raward" for the Best New Talent on Australian metropolitan radio in 1989.

In 1990 he authored and self-published "The Power's Bitter History of the New South Wales Rugby League Finals" - the first ever history of what is now the National Rugby League. It was a runaway best seller. Another two editions followed with over 17,000 books sold. During the NRL's centenary year in 2008, Steve produced a third edition "The Finals: 100 years of National Rugby League Finals" again a runaway success. In 2016 he wrote and published "OUR GAME: The Celebration of Brisbane Rugby League 1909-1987", the best selling story of the city's love affair with the great game.

In 1992 he was asked to join the Nine Network, hosting the morning variety show "In Brisbane Today" with Fiona McDonald. It was the beginning of a formidable career lasting from 1993 to 2010 where he worked as a sports presenter and journalist with Nine News. In 2010 Steve developed a breakthrough workplace education programme - the Head Heart & Body Master Class - which in its first year trained over 1200 staff at QR National, the Nine Network, Lend Lease and ANZ Private. In late January 2012, 18 months finishing at Nine,  he was asked by the Managing Director Ms Kylie Blucher to return to the station and deliver his ground-breaking Master Class to all 120 full-time staff. It was the first blanket training the station had undertaken since 1993.

Meantime Steve's bookings as a comedian, after-dinner speaker and master of ceremonies continue to build. His clients all demand, and receive, the very best in quality entertainment.

Steve's strengths are simple: he's good, he's funny, he shows up and he gets the job done. His attention to detail and love of his work are indisputable - he knows the business and is dedicated to establishing long-term relationships with his clients.

There is not a major corporation in Australia which hasn't at one time utilised the services of this impressive performer. If it has to work, Steve Haddan is your man.

Over the years, Steve has been engaged by literally thousands of organisations. Here's what a few of them had to say:

Thanks for the very humorous and entertaining “This is Your Life” you prepared and presented at my 60th birthday last week.  It was most definitely the highlight of the night and set the fun tone we wanted to achieve. It has been gratifying to us and should be to you that so many guests have expressed exactly that sentiment.  Thank you for a job very well done.  Leigh Matthews, AFL Player of the Century and four-time premiership coach.

Thanks for your MC role at our Rugby Dinner. The humour and flow you brought to the podium was enjoyed by all – even the most conservative of us – namely me! Your ability to work the audience was excellent and added an important dimension to the night.   Jonathon Hensman, Headmaster, Churchie

Thanks for doing such a wonderful job with the master of ceremony role/comedian at this year’s Sonic Imaging Conference…You had the audience in the palm of your hand for the entire evening, which is a credit to your professionalism and an indication what a good job you did. You managed to turn what potentially could have been a “stuffy” evening into one no one will forget. The delegates have commented that it was one of the funniest and best nights out they can remember.  Dr Robert Clarke, Conference Convenor.

Thank you for accepting to role as MC of our best Christmas Awards Celebration ever! ... How can we ever forget the evening at the Convention Centre. You did a fantastic and humorous job! ... there is no one better than you out there! You had the crowd absolutely in laughter! Love you heaps ... and thanks for everything you have done; the Premier's 50th party; the launch; and the Christmas Awards!

Please convey to Steve our appreciation and congratulations for his work. Steve made the evening a pleasure and most memorable one. His comedy routine was fantastic - we were amazed at his repertoire and he made contact with the wide ranging age of the audience. Meeting and entertaining a large room of diverse Medical Specialists and Administrators is always a difficult job. A "tough gig" - handled perfectly by Steve.  Michael Coroneos, Visiting Neurosurgeon, Senior Visiting Specialists of Sunnybank Private Hospital

Dear Steve,  Thanks from the FMA Pacific Rim Conference organising committee for the brilliant comedy routine you gave us at our annual banquet. This was the second time in ten years that you have helped us out at international conferences. I hope it's not another ten years before we have the opportunity to utilise your incredible talents once more. At the pre-dinner cocktail party, you and your partner were superb, as a bumbling couple in the crowd. It wasn't until that incredible slide show that people twigged to the fact that they had been conned. The corporate imposter - a Russian scientist, had everyone guessing for most of the night.  Our overseas guests from the UK and Cornell University in the U.S. are still talking about our 'Mad Professor'. I don't think they have ever experienced anyone like you before.  Thanks again Steve for a great job.  Dennis Beitz, National Vice Chairman, Queensland Director, Facility Management Association of Australia Ltd.

Dear Steve,  Thank you for your outstanding and polished performance. We have received a tremendous number of calls from our clients this week to express their gratitude and how much they were impressed by your professionalism and humour. You removed all the risks. It really shows what can happen when you use a professional. Netta Obst, Northern Region Dealer Manager, Cellular One Communications

Our most sincere thanks for your tremendous presentation at the Beef Industry Dinner.  People from all sectors of the industry are still calling to say it was the best beef dinner ever and what a great job you did. We are so pleased that you were able to be a part of a great night.  Russell Reed, General Manager, The Santa Gertrudis Breeders (Australia) Association 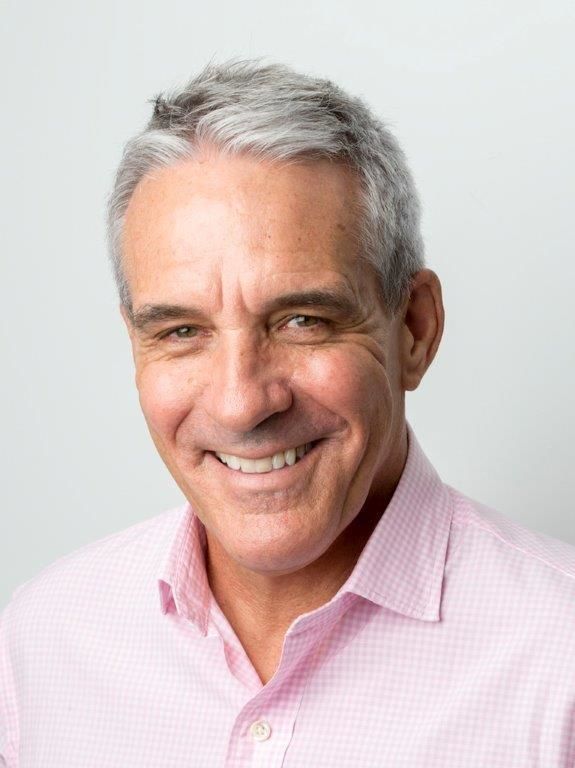