The stone statue stands alone beside his plinth, silent & motionless. Suddenly he winks. Then a slow wave. A cheeky smile appears on his face and quirky music fills the air. Albert's mission is to get back on his plinth, so at a snails pace his journey begins with many surprises along his way. This twenty minute show includes stone props, slow motion, magic and crowd participation. Albert is a charming character with a heart of stone and is perfect for Functions and Festivals anywhere in the world.

Interview with Albert. Professor: So, Albert tell me about your early years.

Albert: A long time ago,we're talking centuries now, I thought I was quite a hot young rock. I had a lot of lava pumping through my veins. This used to get me into a lot of rubble.

Professor: In what way?

Albert: Scaring passers by for no particular reason, disappearing off my plinth for days at a time. Late nights at the Hard Rock Cafe drinking fossil fuel shakes and smoking brick-a-rettes. Dating mannequins. hat sort of carry on.

Professor: Tell me about your parents.

Albert: My father was a clever statue by the name of Albert Ian Stone. He was the first statue to split the pebble. He's been placed in some forgotten palace garden, covered with moss and overgrown with vines. I think he's sinking into the marsh.

Professor: And your mother?

Albert: My mother crumbled when I was born.

Albert: I guess these things happen. I feel she's at peace now up there in the great Rock Pile in the Sky.

Professor: We've heard you may be filming.

Albert: We we're going to be shooting a movie called Basically Extinct co-staring Sharon Stone. But she was unavailable.

Albert: Yes I thought with a name like Stone we couldn't go wrong.

Professor: Something to look forward to. The best of luck to you

Albert:  Thankyou! And Best of Boulders to you to. 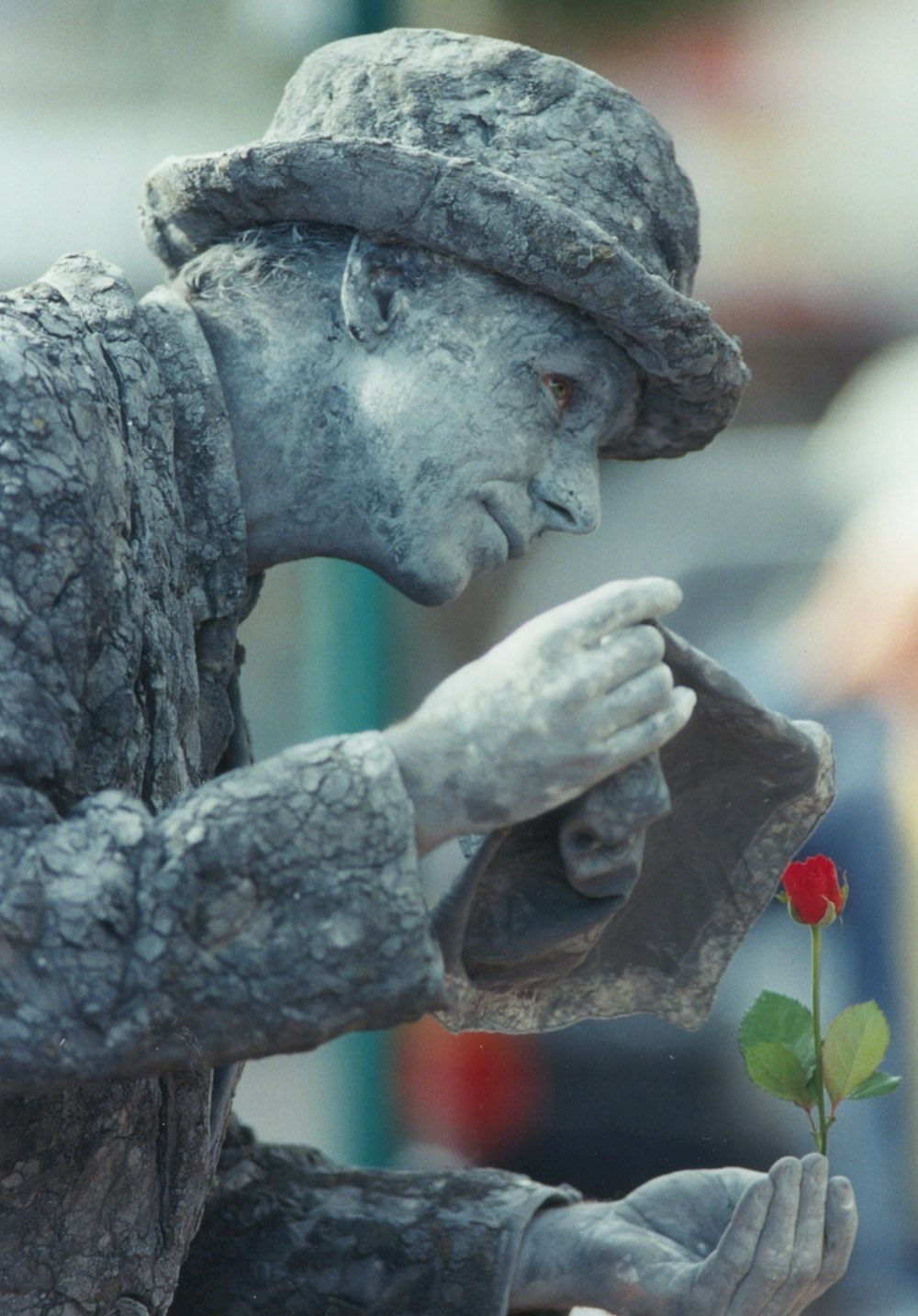