Born In A Taxi

Established in Melbourne in 1989, Born in a Taxi is recognised for producing highly original, physically driven work. Over this time the company has produced original works for arts festivals, street theatre festivals, performance seasons, organisations and corporate events. In any one year the company produces it’s own indoor theatre seasons, tours internationally and performs at over 100 corporate events and festivals.

Born in a Taxi's work combines a strong visual aesthetic with physical and theatrical expertise, to provide entertainment that suits both the style and magnitude of your event. We create and perform living statues, theatrical characters, visual spectacles, amusing scenarios and intriguing images through the use of dance, mime and gentle audience interaction. Taxi can provide: · performers that can meet, greet and usher · humorous interaction that lures your audience into playful participation · atmospheric sculptural images that can be a focus of attention or act as a visual backdrop · central entertainment, highlighted on a stage or dance floor.

“Without a doubt Melbourne’s most creative, flexible and unique performing group I’ve ever worked with.” Peter Jones Special Events 2002 “...you far surpassed all of our expectations. Your interaction with the crowd was absolutely delightful...” Herson Communication Services “There is something warmly reassuring about Born in a Taxi. Their gentle humour.....has instant audience appeal.” Hilary Crampton Herald Sun, Melbourne “wildly imaginative, totally unpredictable ..... absurdly comic...” Kate Herbet, HERALD SUN, Melbourne

THE FALLEN ANGELS These cheeky angels have fallen from grace and spend their time trying to regain their lost place in Nirvana. Their absurd attempts are beautifully innocent and tragically funny. These characters bridge the expanse between beauty and humour. They can work sculpturally to animate a large space or as comic characters that can interact and create scenarios, or both. They are instantly endearing and universally recognisable.

THE GOLDEN EMPERORS Bring the imperial court into your function. These characters dressed in full satin kimonos carry a majestic elegance as they perform ancient rituals and dance. A visual feast so striking it can fill a space of any size. Be mesmerised by their slow fluid movement and impressed by their ethereal beauty. Witness a tea ceremony with a difference! Be an emperor for a night!

THE SECRET AGENTS Dressed to kill our Secret Agents complete with plugs, Inter- communication devices and self importance, may fool you into believing they're the real thing. Then watch as they emhark on their ridiculous 'Get Smart' style antics; suspicion leads to lunacy, pillars become hideaways, tables are checked for bugs, no pot plant is safe!

THE HIGH ROLLERS These comical characters deliver cool and funky eccentric dance- They're bright and colourful, flirtatious, risky and full of fun. They're carefree big spenders out for a good night on the town and they have just rocked up to your gig. With effortless panache and a touch of pazzaz they'll get fingers clicking and shoes tapping. It's time to roll.. Smokin!!!

Client is to provide refreshments (drinking water), a private and secure change room with mirror (toilets not acceptable ) and parking close to venue for artists 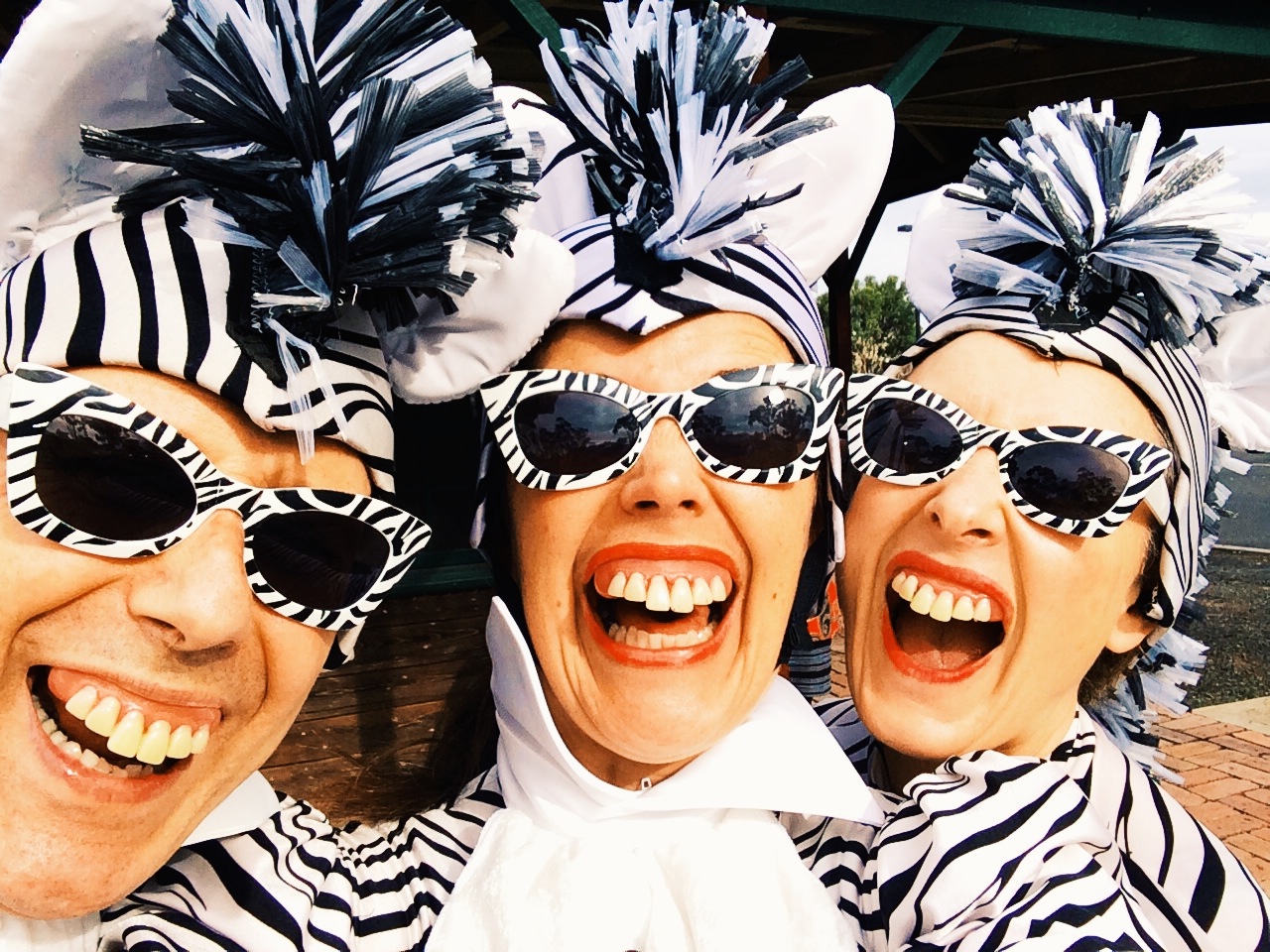