Request a Quote
Australia's legendary band, GALAPAGOS DUCK
Galapagos Duck appears in the pages of many jazz history books and has received awards both in Australia and internationally. With its unique approach and extraordinarily wide popular appeal the group has become a household name all over this country and has had a significant influence on young musicians over the years through its many recordings, volumes of original music scores, performances in night-clubs, in concert halls, on TV, in jazz festivals, in various movies, with dance groups, and in a variety of other settings and also particularly through its frequent school concerts and workshops all over the country and overseas.

The Name ?
Naturally enough the most commonly asked question is "Where did you get the name?"
The inspiration came from Spike Milligan and was somehow derived from one of his comedy sketches involving the auctioning of a "Giant Galapagos Turtle upon wheels with clockwork revolving eyes". The connection between this and a jazz band and a duck may seem a little tenuous, however it is a fact that Spike, the creator of most of the lunacy of the Goon Show, a jazz musician himself, became a friend and admirer of the band during his many trips to Australia, and has even appeared on national TV with the group. Spike said "Galapagos Duck are the sort of group which play the sort of music, which if you haven't heard them for four years, and hear them again, they're still ahead. They play the music, man. And they play it great."
Spike, a keen conservationist and ecologist, wrote the words to one of the songs on the Duck's Endangered Species Album, "Poor Little Bustard" (Music by Bob Egger, a former Duck member).

Over the many years of Galapagos Duck's life there has been the occasional change in the group's lineup but The Duck prides itself on being able to choose from the finest talent Australia has to offer. The present lineup is no exception. All are respected performers and music writers who in combination, still being mostly long time members, are able to maintain The Duck's unique flavour, versatility and wide popular appeal which has always been the hallmark of this group.

A qualified high school music teacher and special education teacher, in demand as a session musician, was member of popular groups Heart 'N' Soul, SCRA and The Harbour City Jazz Band before joining The Duck in 1976. He has written and arranged original music for each of these and other groups. He has also played with classical orchestras and in 1993 performed as featured soloist with The Sydney Symphony Orchestra.

Born in Melbourne, moved to Canberra where he studied classical guitar and played double bass in Canberra Youth Orchestra. In early '70s studied at NSW Conservatorium of Music. Played and recorded with many bands including Errol Buddle, Col Nolan, Winnifred Atwell, Four Kinsmen. Joined The Duck in 1981. His extensive writing for the band includes the ballet "Austorizon" for the Australian Dance Theatre and four songs nominated in the jazz catagory of APRA awards.

A noted studio musician, writer and arranger of numerous jingles, ABC station I.D.s, TV themes, and albums including "The Tony Ansell Orchestra". An accomplished multi MIDI keyboard player, has performed and recorded with many top artists, a member of Don Burrows Quintet and Daly Wilson Big Band. Tony joined The Duck in 1987. 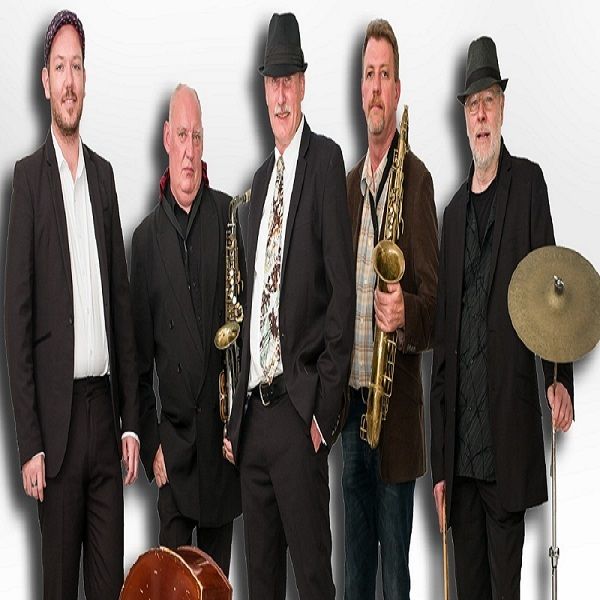