Sam Angelico is a prolific creator of original magic that will keep your guests on their toes and at the edge of your seat from beginning to end.

Sam holds the title of;“World Champion of Comedy Magic,". This title was bestowed upon him by the "International Federation of Magic Societies" at the World Congress of Magic in Madrid Spain. His performance will leave you with the pleasurable feeling of wonder.

Sam Angelico has created a unique character who is brought to life on stage with intense, magical drama & comedy. He reaches out and connects with the audience.

Melbourne born Sam Angelico has been delighting audiences throughout Australia, Europe, Japan and the United States, since he was old enough to wield a magic cane.

He is a regular performer at the Magic Castle in Hollywood (the International Mecca for magicians in LA). His unique talent was featured in the world premiere of "New Vaudeville Magic" at the Empire theatre in New York City.

He has appeared on countless television magic specials and in Cabaret throughout Australia, Italy, U.K., Japan, Netherlands, West Germany and the United States.

He is guaranteed to delight and astound any audience of anyl sizes and nationalities. 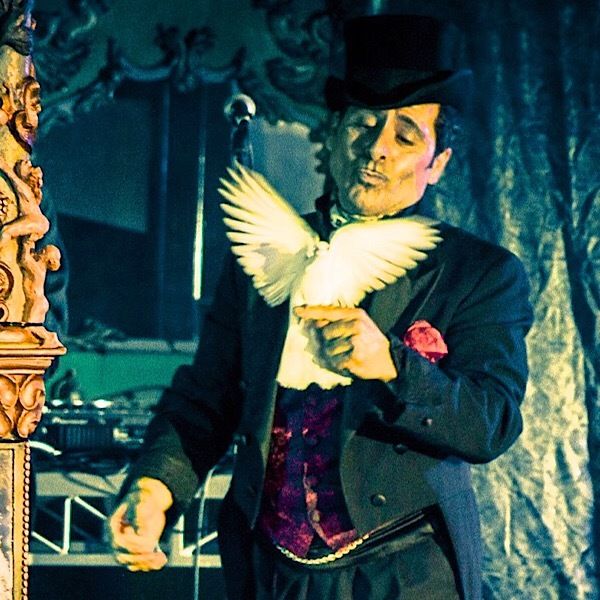