Book “The Leading Men” for your next corporate, charity, wedding or private event and your audience will be thrilled and entertained by some of the biggest names in Australian musical theatre! A powerhouse of talent, these four charming, charismatic and award-winning performers has each played several ‘leading roles’ in the worlds’ most popular musicals both in Australia and on the international stage. If you’ve been to a musical in Australia, chances are you’ve seen one, if not all of them.

Featuring all the Broadway showstoppers from musicals such as Les Miserables, Phantom of the Opera, Jesus Christ Superstar, Beauty & the Beast, Guys ‘n Dolls, Spamalot, A Chorus Line, Singing in the Rain, Wicked, Evita, Mamma Mia, Cats, Annie, Hairspray and the list that goes on...

Sophistication all the way from their white tuxedo jackets to the red roses on their lapels, they’ve been compared to suave European opera act ‘Il Divo”. In keeping with that style, a show highlight is the hilarious medley of hits celebrating Australia from “I still call Australia Home” and “Waltzing Matilda” to “Working Class Man” by Jimmy Barnes - sung in Italian!

“The Leading Men” have performed hundreds of shows for Royalty, heads of state and celebrities from all industries and left them all wanting more! This show truly delivers the ‘wow’ factor and promises an evening of unprecedented enjoyment, sophistication and pure class.

“What a fantastic concept! You guys have put together a really great show – as good as anything I’ve seen in the UK.”     Sir Michael Parkinson

"It was a wonderful performance, the four leading men were classy, polished and very professional. A fantastic way to start the evening, which was a huge success. The four performers were ‘Leading Men’ in every sense of the word, their performance was spectacular”   Belinda Simpson, Raine & Horne

“The guys were sensational and the guests were still talking about it days later, many thanks to the guys for making the night a huge success.  The bar was certainly raised and I don’t know how I’m going to eclipse their performance next year.”   Gail Smith, Greater Building Society

“The Leading Men was a huge success and everyone loved them.”   Angela Graham, Arbonne

“I have never run an event and have so many guests come up to me asking me for details of the performers. Brisbane’s business leaders were treated to a night of dynamic entertainment from the Leading Men. Simply outstanding”.    Julie Anderson, Australian Institute of Company Directors 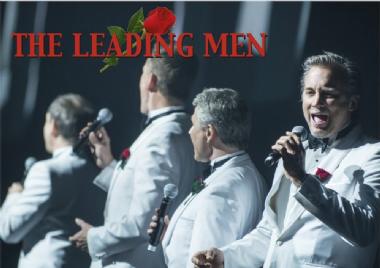