CSABA SZIRMAI is the complete package dance combo with titles and credentials ranging from choreography, ballroom, salsa and right through to Latin American and hip hop!
Originally from Hungary, Csaba was truly born to dance. An ever evolving artist full of energy, passion, charisma, style, class and sensuality right here in front of your eyes. Csaba discovered the art form of dance at the age of 11 and became the Hungarian Youth Ballroom and Latin American Champion at only 16 years of age. Internationally, Csaba has worked with Backstreet Boys and N’sync. Locally he won the Strictly Dancing Championship with Luda Kroitor and also has National titles of Australian Salsa Champion and Australian Hip Hop Champion under his belt. Today Csaba continues to express himself through the eyes of the rhythm and the heart beats from the melody. As such he has been choreographing for “So You Think You Can Dance” also major corporate events and brand launches across the country. Csaba has also featured on both Australian and New Zealand versions of “Dancing With The Stars” Csaba has so far already achieved successful dance works and stellar performances in Spain, Korea, Singapore, Italy, United Kingdom, North America, New Zealand and Malaysia. He is also in high demand for high end guest presentations. He remains as one of the very few to have stepped up the mark by being able to master besides his strong Latin American and Ballroom, a large range of other dance styles such as hip hop, jazz, acrobatics, funk, Brazilian samba and even some capoeira. You have already seen him dance a storm and you are constantly able to witness and feel a massive Csaba dance explosion across your television screens. The new Csaba dance revolution has arrived and he looks very much forward to enjoying every moment of it!

YOU can now book Csaba and crew to perform at any function. 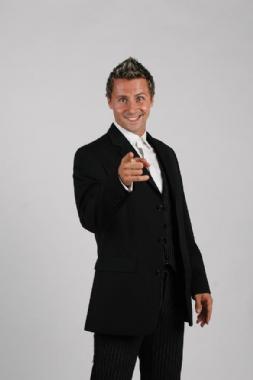