Despite only beginning her burlesque career with the Diamonds of Burlesque in early 2010, Le Fay has performed around Tasmania, Melbourne and internationally and she has taken with her a solid reputation for class, sophistication, a biting wit and a dark sense of humour.

As well as having been part of the Diamonds of Burlesque for 2 1/2 years, Le Fay has worked with some of the biggest names in Australian burlesque and her instance upon highest quality has earned her a sponsorship from reknowned corset maker Puimond Progressive Corset Design, who has worked with big names such as Dita Von Teese and Madonna.

Le Fay's style of burlesque ranges from dark performance art to the sparkliest, fluffiest heights of showgirl glamour but you can always be guaranteed of Le Fay's signature intelligence and attention to detail in her every act. 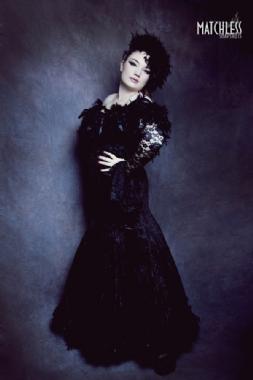