Charity Steal's (Miss Gay Australia 2015) is on of Australia's most loved performance artists. She has worked along side some of the biggest names in her art form all over the world. Including Rupaul drag race stars: - Morgan McMichaels - Pandora Boxx - Phi Phi O'Hara - Candis Cayne - Delta Work - Honey Mahogany She's also been lucky enough to rub shoulders with RuPaull herself.. She has also performed along side internet sensation Sherry Vine in New York city, Pollo Del Mar in San Francisco and Virginia Hamm in Tasmania.. She's been everywhere!! Charity travels the world, and once a year helps as a cruise host for "Drag Stars at Sea" cruises in Europe and the USA. Charity is known for her professionalism, Punctuality and entertaining performances. Charity is a stand out performance artist and there is no doubt that she will entertain everyone at your event.. So book with Charity Steal's today 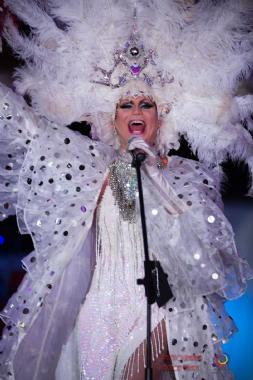