Drags Aloud presents all the colour and glamour, humour and spectacle that you expect from a truly entertaining and professional drag troupe.

Drags Aloud on Stage
As individual performers Drags Aloud entertain and amuse, dazzle and amaze. We bring solo, duo and trio options, or more if you wish.
Drags Aloud will invite you into a glamorous world of fantasy and imagination.
We can tailor our shows to suit each venue, and its show time requirements - and we deliver what the audience expects; a great show.
Our shows are presented to pre-recorded sound tracks, and the audience is invited into the performance to clap and sing along to a range of popular and accessible songs.
Drags Aloud are experienced hosts, comperes and public speakers. Solo, Duo, Trio or as large as your imagination allows you'll find Drags Aloud professional, dedicated, and entertaining.
Whether you're looking for a solo performer to "meet and greet with photo opportunities", or if you're after a "highlight of the night" large show presentation, Drags Aloud will bring you the best.

Drags Aloud is the first Australian drag troupe to perform internationally and has to it's credit, seasons at Edinburgh Fringe Festival, London's West End and an extended official off-Broadway season in New York.

Drags Aloud has extensive 4 and 5 Star reviews for its performances at Edinburgh Fringe Festival, Adelaide Fringe Festival and at Melbourne's International Comedy Festival where it received a special mention and cash prize at the 2007 Director's Awards.

The troupe has extensive corporate entertainment experience and is a truly professional drag troupe.

With international experience and professional dedication, Drags Aloud brings the best of drag entertainment to your event. 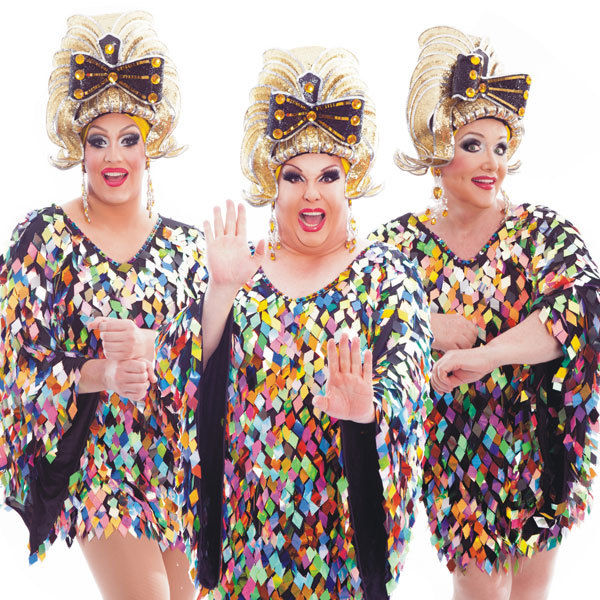