Will travel interstate and overseas

The Fabulous Wonder Mama is the Super-Hero Diva who stands for Peace, Love, and outright fabulous FUN!

Wonder Mama loves to support the community and has appeared in many Sydney Mardi Gras Parades and community events such as the Marriage Equality Rally, Wear it Purple Day, Mardi Gras Fair Day, and much more! Wonder Mama traveled to New York City in 2019 joining Sydney Gay and Lesbian Mardi Gras in representing Australia for World Pride 2023!

She has won numerous awards including best float at Sydney Mardi Gras and Most Humorous Entry at Wonder Con in Anaheim California is 2017!

Wonder Mama has hosted many children's Drag Story Times and also hosts her own online and face to face drawing classes along with hosting her own 5 Star Rated walking tour through Sydney's LGBT District - Oxford Street Darlinghurst!

Wonder Mama appeals to a broad audience and dazzles both kids and adults alike with her fun, campy super-hero inspired look! Shes sure to be a hit at your next event! 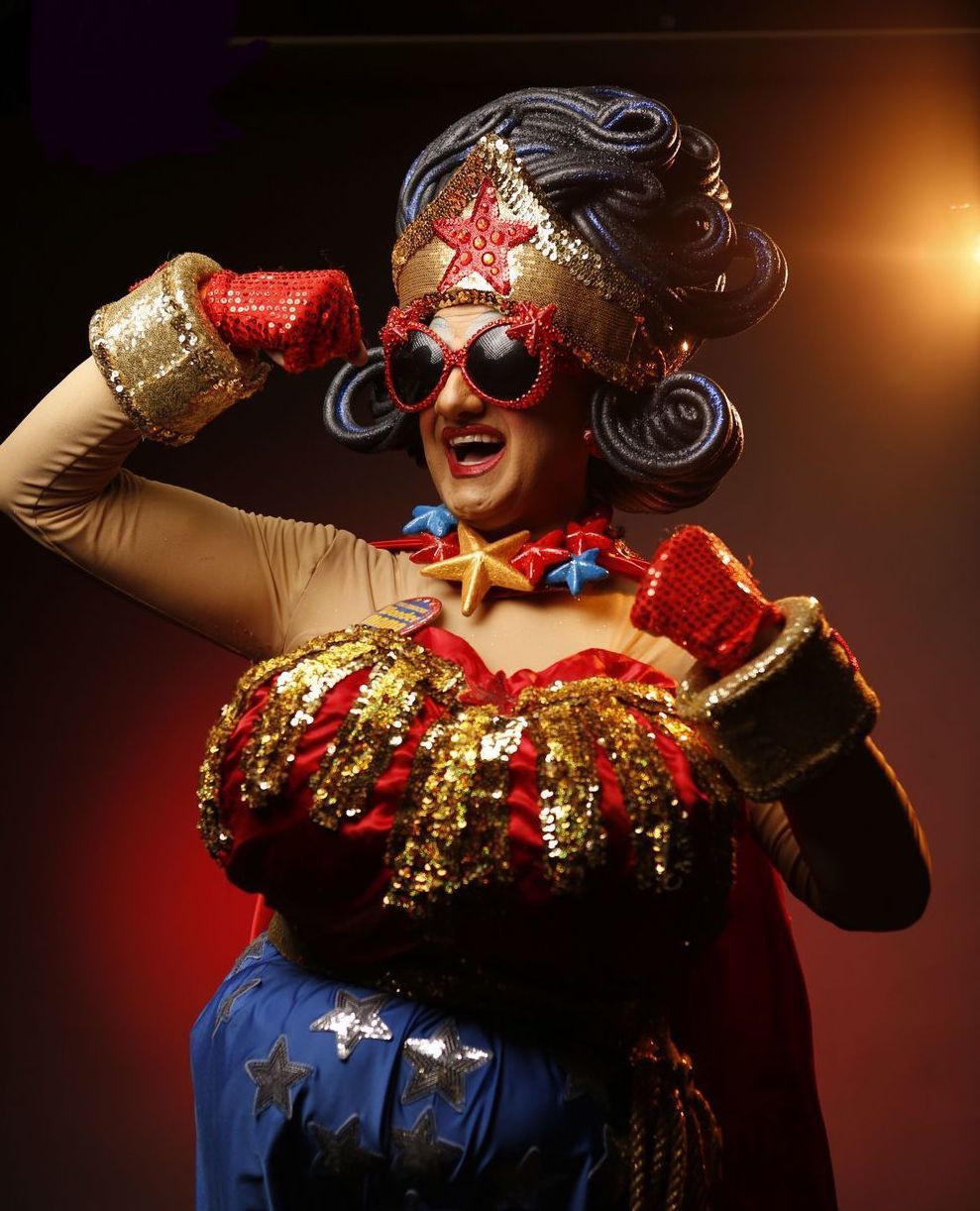