Internationally Award-winning performance. Has been performed in over 30 countries world-wide. Available for travel within WA, Australia and Overseas.

Request a Quote
WINNER:
Extreme Award
People's Choice Award
Festival Favourite Award
Testimonials
"Insanely Amazing!" - Channel 7
"Jaw-dropping, thrilling stunts...Perfect!" - The Sunday Times
"10 out of 10, everyone has been raving about you!" - Private event, Australia
"Purple People Show" (45-60 minutes, 2 Performers);
An internationally awarded, hilarious, high energy, male and female duo performing acrobatic stunts and dangerous feats of grandeur; all wrapped in bright and zany costumes! An adventure through circus and love, culminating in an unbelievable finale of Acrobatics, Fire and Wit!
The Purple People Show has been performed around the world, and is perfect for Festivals, Corporate and Private Events.

This show is suitable for Indoor and Outdoor Performances

- If indoor, Smoke Alarms must be isoltaed for the duration of the performance
- Quality, Loud PA appropriate to the size of the audience, including foldback for performers (Good sound is essential)
*We can provide a sound system for our own show if requested, where the audience is up to 200 audience members* 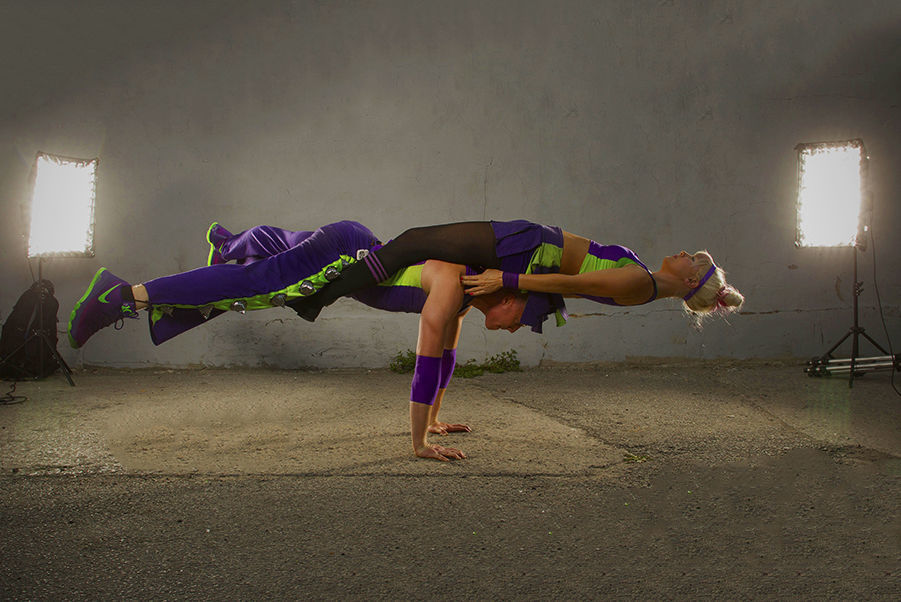