Prepare to be mesmerized by fire and captivated by the magical illusions of an Atmosfire Show this has to be seen to be believed.  The show begins with slow hypnotic movements and builds to a spectacular fiery finale. The components of the show are by fusing martial arts, dance, circus stunts, and themed costumes.

A private and secure change room (toilets are not acceptable) and parking close to venue. 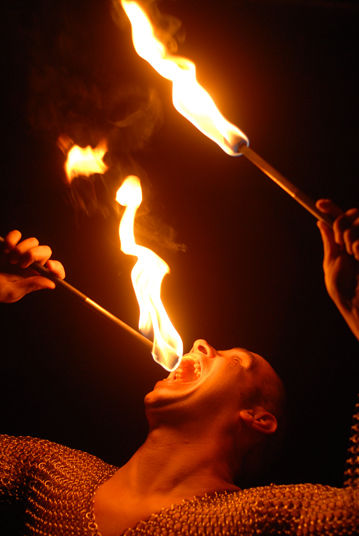