we are happy to travel almost anywhere, please contact for more info

Got Something Coming Up?

Let's Get Started By Helping With The Entertainment

The Best Entertainment At An Affordable Price

WARNING
THIS SHOW IS UNFORGETTABLE

We Will Even Design A Show Especially For Your Event

Shane Hill is recognized as a one of Australia’s major talents in psychic and mystery entertainment. Having been featured on numerous television and radio shows,

Australian Music Magazine referred to his performance as "That Weird Place Where Science Meets the Dark Arts."

Companies often comment on the challenge they will have surpassing his performance for their next event. After an annual conference, the Commonwealth Bank said, “High five, Shane was the most talked about entertainer of the conference " The Melbourne Age, said, "Shane Hill's Extra Sensory Deception was the unexpected hit of the Melbourne International Comedy festival"

Shane has a unique ability, using his understanding of the human mind, his skills as a mentalist and experience as a fully qualified clinical hypnotherapist he creates mystery, excitement and fun, getting audience members to demonstrate their own impossible skills and psychic abilities, even the most zealous nonbelievers are left scratching their heads

At the same time, he creates an environment where people can suspend their ideas of what’s possible, giving an experience that is not only thoroughly captivating, but also expands possibilities beyond our imagined boundaries.

Creating an Atmosphere of Possibility, which is why he is often sought out to present at board retreats, strategy meetings and conferences for companies who are breaking new ground.  Every show is tailored to suit the company involving key personnel and staff. Thoroughly engaging, mystifying and a perfect backdrop to let the imagination run with Potentials Not Yet Imagined.

In his mentalism show Shane uses psychology, body language, influence, NLP, a little bit of hypnosis to convince the audience he can read minds.

Shane, a fully qualified practicing clinical hypnotherapist, presents an exploration of the human mind that will both amaze and amuse: a blend of psychological magic, comedy and the downright weird. 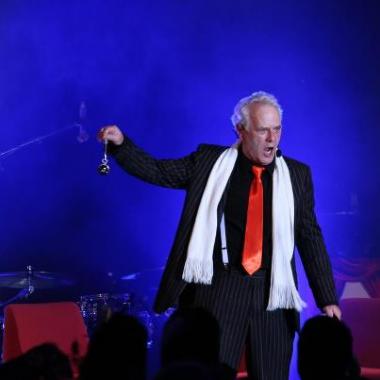