WATCH ONLINE VIDEOS - the material is always perfect for your event and the show will be remembered fondly for years to come.

A HILARIOUS HYPNOTIC EVENT
The Incredible BORIS is a versatile Hypnotist. His unique style and powerful stage presence transforms any event into an extraordinary experience. Audiences are laughing hysterically while being amazed by this fantastic demonstration of mind control.

TOTAL AUDIENCE PARTICIPATION
The show is a fast pace musical adventure. Everyone gets involved. Audience members venture into a world of wonders, whose boundaries are only that of imagination. Anything Boris suggests becomes a reality. People travel to distant places, become celebrities and forget their own names. It is a superb performance filled with intrigue and laughter.

SUITABLE FOR ALL AUDIENCES
The performance never oversteps the boundaries of good taste ensuring that the audience laughs with the participants, not at them.

WORLD OF WONDERS
The Incredible BORIS is dazzling audiences worldwide - from United States, Canada to Japan, Korea, Russia. His fascinating show is a guaranteed success. That is why he was asked to perform for royalty and world leaders at the Women Global Leaders Conference in Dubai.

The Incredible BORIS is everything his name suggests.

FIND OUT WHY, LONG AFTER THE SHOW, PEOPLE STILL TALK ABOUT IT... 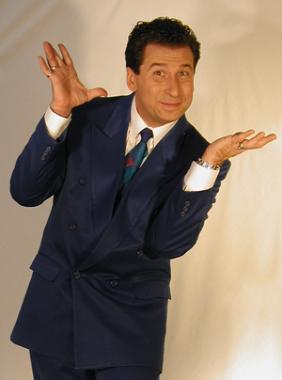