Shane St James “Australia’s Own Hypnotist” specializes in shows catering to the corporate market so if you are looking for a totally uninhibited, outrageous but tasteful show to enhance your next event look no further. You’ll be mesmerized, paralyzed, pasteurized… but can you be hypnotized? If you’re looking for the funniest show you’ve ever seen with action packed entertainment then Shane St James “Australia’s Own Hypnotist” is the perfect entertainer for your next event. Shane’s show offers the ultimate in audience participation and it’s all crazy zany fun. The subjects used in Shane’s show are not ‘victims’ chosen from his audiences but volunteers who clamor for the chance. Thousands of subjects worldwide have made Shane’s audiences scream with laughter at their outrageous antics. A perfect end to a team building conference, or a lighthearted finale to an intense training seminar…… Shane St James “Australia’s Own Hypnotist”.

Winner of the ‘2005 Samsung, Entertainment of the Year Awards’

‘Sight Act of the Year’

It’s All In The Eyes

It’s a pretty scary business looking into Shane St James’ eyes. Not because his eyes look evil, but you never know exactly what might happen to you if you spend more than a second fixed to his dark brown orbs.

He’s a hypnotist after all, his father, Martin St James, has hypnotized more than one million people – twenty, thirty, fourty at a time. Martin has spent fifteen years passing his expertise on to Shane; and everybody knows that means Shane must have some special kind of power, that makes you do things you don’t want to do.

None of us like to feel out of control. Could it be that this man could manipulate us into becoming a criminal? A sex maniac? A Frankenstein?

Questions go rattling around in your mind when you look into Shane St James’ eyes. Am I so vulnerable that without any special command from him, I’ll fall under his control? Will I become a slave to his every whim?

It’s scary. And yet the man who has been called “Magical”, “Mystical”, “Extraordinary”, and “Witchdoctor” is the last one to claim he has any superpowers that make him the modern day Svengali. (The famous fictitious story, about a hypnotist who controlled people against their wills).

“The shows I do are purely entertainment”, he says, putting on his sunglasses to avoid embarrassing the person struggling before him to appear natural. “It’s a laugh…a really good laugh! I’m just a catalyst and the people on stage, become great entertainers, under my control. They’re in a completely relaxed state in which the natural chemicals of the brain create a mood change, resulting in them loosing their inhibitions.”

Phew! It can all be explained by simple physics and chemistry. So he’s not a wizard; no friend of Satan – as some ‘born again’ Christians have claimed.

“I persuade people to be less inhibited”, Shane continues, “so they obey any reasonable command I give them. An unreasonable command such as “just up and take off your clothes”, gets no response….unless the person is a stripper!!

But how is it possible for civilized human beings to believe they’re chickens laying square eggs? 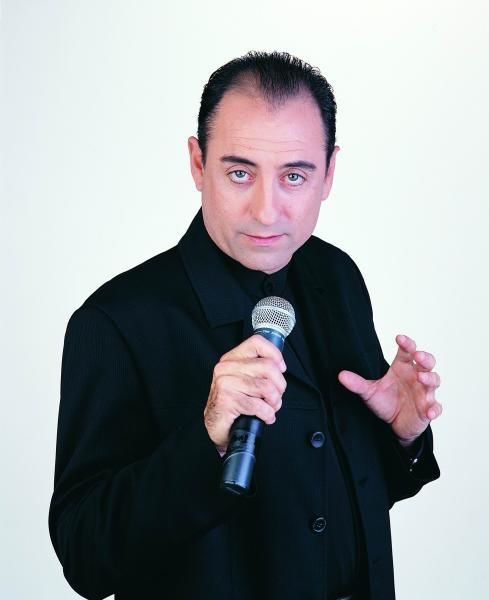