King of yesterdays, today's and tomorrow's pop world Michael Jackson is quite simply,

the single most successful entertainer of the 20th Century.

At last Australia has its own tribute show dedicated to the “King of Pop”.

Supported by Sydney’s hottest professional dancers, with finely tuned routines, creative and original costumes, “The Jackson Experience” is ready to captivate and entertain any audience. Step back in time, rediscover the fun antics of the Jackson’s, dance ‘til you drop to the sounds of “Blame it on the boogie”, surrender to the evil of “Thriller” and get ready to be hypnotised by the sounds of “Billie Jean” and “Smooth Criminal”.

Jason Jackson is also a singer/songwriter who has been writing and composing his own songs since and early age.  Over the years Jason and The Jackson Experience have had the pleasure to attend celebrity and charity functions. His show 'The Jackson Experience' adds that special something to any event.

You have seen the past, you have lived the moment, Come join us, on this journey to experience the future. Jason has had huge success with weddings all over Sydney. The performance along with a medley of different Michael Jackson Hits really entertains and captivates the bride and grooms audience.

WEDDING BONUS INCLUDES: Jason demonstrates moves from the moonwalk and Billie Jean, allowing the groomsmen to participate and join in. This receives rave reviews from wedding guests, not to mention the new bride. 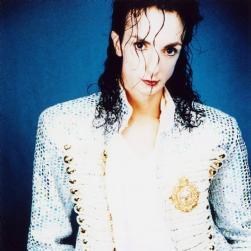