Joe Ace captures the true essence of the Voice, Character and Style of Sir Tom Jones as he portrays him live on stage in the “Tom Jones and the Divas”. You’ll be unbelievably impressed with the accuracy and the uncanny resemblance (of a younger Tom). > > Be entertained as if Tom was there in person, from his trademark tight costumes to the wiggling hips and fantastic voice. Singing all of the favourites from the beginning of Tom’s career to his latest hits. > > Joe’s skills as a Showman/Entertainer have been sharply developed by many years of experience, his energy, openness and spontaneity, charms audiences. > Since his beginnings in Adelaide and as National winner in Bert Newtons New faces tv show he has travelled all over Australia and Overseas as a Solo performer and lead in many successful shows and now in his own show Tom Jones and the Divas. Recently Joe and was a finalists in the TV show Australia’s Got Talent where he received overwhelming positive reviews with his partner playing Tina Turner. 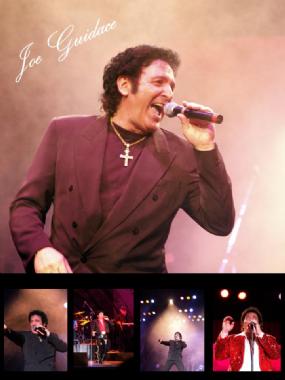