Request a Quote
You and your guests won’t believe the close-up sleights and illusions that unfold before your eyes.
PRESTON has been described as the ‘maestro of magic’, the ‘commander of conjuring’, the ‘prince of prestidigitation’ and the ‘egghead of enchantment’.
He manages to put the ‘wiz’ in wizardry, the ‘spell’ in spellbinding, the ‘trick’ in trickery and the ‘ill’ in illusion.
As a Magician, Mark specialises in close-up magic suited to all venues and occasions. His smooth, relaxed style of comedy magic combined with balloon antics has endeared him to Sydney audiences since 1995.
He honed his magic skills while entertaining at the original Sydney Harbour Casino and later Star City Casino over a number of years. Throughout his career he has worked for hundreds of corporate clients including his work on Norwegian Cruise Lines.
Children’s shows are amongst his favourites. With a Degree in Education and many years teaching experience behind him, his highly interactive shows are structured to cater for specific and mixed age groups. He can easily work in most home environments and is fully house-trained!
To break the ice at your next event, loosen up your guests and start the laughter, invite ‘ PRESTON DIGITATOR’ over. If it’s for the first time, it probably won’t be the last!
He was the man who had sat alone in a room for hundreds and hundreds of hours, his fingers manipulating cards and coins until he had learned and could perfectly reproduce every form of prestidigitation found in books of magic lore. found in books of magic lore.
-- Brian Moore, The Magician's Wife
What some people have said…...
…‘as usual your energetic and exciting performance was one of the highlights of our day. We look forward to working with you again soon.’
-Wendy Strawbridge, Pymble Ladies College
…‘the adults enjoyed your show, (even your corny jokes) as much as the children. Well done!’
-Mike Peters, Radio 2KY
…‘the participants were enthralled by your performance and their laughter reflected their enjoyment of being involved in the show. They are still talking about it’.
-          Andy Chan, Fairfield City Council
…‘just a note to say thank you for your fantastic performance….after nearly 3 years working with our club, you continue to enchant and delight the children and their parents’
-Chris Keeble, Panthers World of Entertainment
‘WHO?……’
- Barack Obama, U.S. President
Prestidigitation was adopted from French, from preste, "nimble, quick" (from Italian presto, from Late Latin praestus, "ready at hand") + Latin digitus, "finger." One skilled in sleight of hand is a prestidigitator. 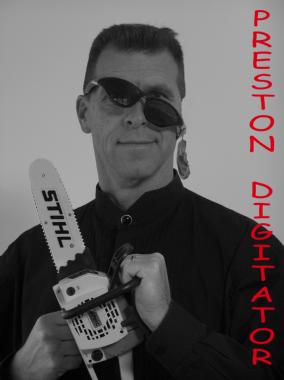