Johnny Balance can provide your audience with funny, mind-boggling comedy magic or emcee your entire night. He will be sure to leave you and your audience in stitches and wanting more. “Johnny’s mind-blowing magic tricks and balancing acts lit up the room with conversations which lasted on into the night.

Prepare to be amused and confounded. Highly recommended for a great night out.” Adrian Fernandes (Dematic 2010) Johnny Balance has performed in front of many different audiences including venues and events such as The Basement in Circular Quay, Slide (Oxford St), The Mint, the Cirque Du Soleil VIP tent, for The Geniis Magical Society Inc, and has been the Emcee for large corporate events.

A local celebrity, he is known as the “Entertainer of the Blue Mountains” with the support of The Annual Winter Magic Festival and the Cirquinox Festival. He is the leading corporate entertainer for all events in the mountains. "Johnny was comfortable and self sufficient at the event and he moved effortlessly through the crowd, gently entertaining staff. Johnny immediately sensed the mood of the crowd and had an appropriate presence for the event." Blue Mountains City Council, 2010 Johnny Balance appeared in the “Ripley’s Believe It Or Not” comic for balancing 30 milk crates on his chin.

He also appears in The Streetwise – a photographic book by Peter Adams and Alan Lloyd. Johnny has appeared on several TV shows such as Rove Live, Mornings with Kerri-Anne, Fresh Cooking and The Footy Show. Johnny Balance is available for corporate events and functions, entertainment shows and smaller roaming appearances. 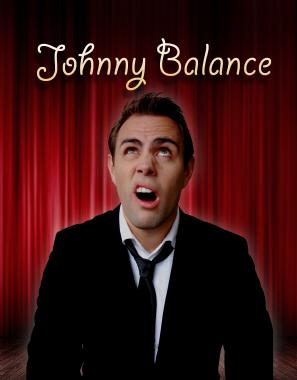