Mike Tyler is a modern magician who focuses on creating a memorable and engaging experience by combining personality, humour, stage presence, and sleight-of-hand skill.

In 2019 he spent 4 months performing his duo act show at MGM Grand in Las Vegas and in doing so became the first Australian magic show in history with a residency on the Las Vegas strip. He has performed live shows in over 250 cities across 7 countries, headlined international comedy festivals, and starred on London's West End. Over 50 million people have witnessed his primetime TV appearances in Australia, New Zealand, America, Canada, and the UK.

Combining comedy and magic to entertain is Mike’s passion and full time career and as a result he’s considered one of Australia’s favourite magicians and corporate entertainers. Mike is guaranteed to impress!

Pricing depends on the event and aims to be affordable for audiences of almost any size, from 10 people to over 1,000 people.

“Mike was brilliant! He has a wicked sense of humour and had our team in stitches laughing at his jokes. He got the whole team engaged and involved in the activities and always had a huge group of people hovering around to see what he was doing. He is very very clever and we were all amazed”
Michelle - Executive Manager Mortgage Services - Commonwealth Bank

“Mike performed for our players, partners, and staff at a recent team bonding function for The Brisbane Lions. He initially mingled amongst us with his fantastic roving magic - smooth, amazing, and amusing.  He then had the entire audience of 100+ people engaged, in stitches, and mystified with his mind-blowing hypnosis show. 10 out of 10. We couldn't believe our eyes. We'll have Mike back again."
Jamie - Brisbane Lions AFL Club

"Mike is an amazing performer!! He is exciting, captivating, talented and our event wouldn't have been the same without him.  Staff are still talking about his engaging performance.  We hope to have him again at future events."
Giulianna - Qantas Airways

“Thanks for the fantastic entertainment that you gave at our recent corporate events. Your talent, charm and humour won over the crowd immediately, adding a whole new dimension to the evening, just what we were after! Our valued customers are still talking about you!”
Geoff - Abey Design

Client to provide:  Stage / performance area, Production / PA (with Microphone), refreshments, a private and secure change room (toilets are not acceptable) and parking close to venue 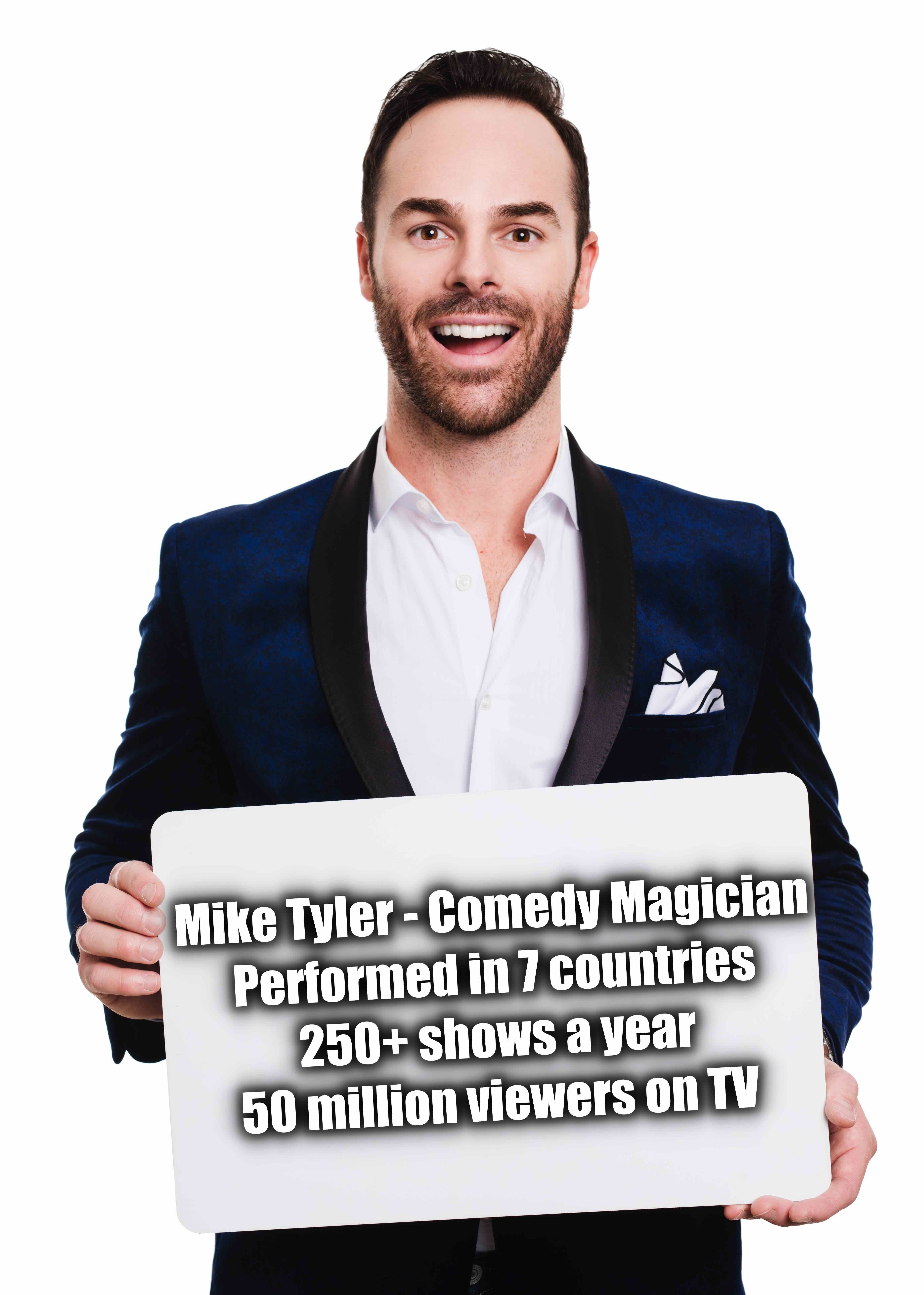