Request a Quote
Mr Jim’s Magic Show
If you’re looking for something truly special for a family audience then this is the show for you. Even in the world of entertainment it is rare to find a true natural at children’s and family comedy. Mr Jim is the Robin Williams of the children’s show, not only able to keep them in hysterics with his reactions and facial expressions but also with dozens and dozens of “unintentional” funny lines. The show also stars the children themselves as almost every routine has one or two children helping with the fun. They even have some co-stars as the children get to meet several beautiful white doves and Tricky Ricky, a cute, fluffy angora rabbit.
James Sleight, one of Australia’s most accomplished magical entertainers, plays Mr Jim. James holds no less than 4 national awards for his magic and comedy including the title of “Australia’s best children’s magician”. James actually invented and built many of the props in this show and now markets them and lectures on children’s magic worldwide.
Is the show really that good? Let’s ask a couple of the clients.

"There is only one word that describes this show …WOW! It is incredible! As Mr Jim performed one of his unbelievable magic tricks, not only could I hear the children screaming with delight from one end of the centre to the other, but I too was blown away and mesmerised by the magic. The kids absolutely LOVE Mr Jim and his magic. His wit, comedy and magic had the kids in hysterics and in awe on every occasion."

I booked Mr Jim’s Magic Show through the local Parent’s Paper for my son’s 7th birthday party.  I had no idea what to expect from Mr Jim or his show, however, one minute into the act I was very pleased that I had made that booking.  Mr Jim delivered an intelligent and spellbinding performance that wowed both children and adults in the room.  For the entire show, every person was glued to their seat, not daring to move or look away.  He captivated the audience using true magic and comical tones that delighted the kids and impressed the adults.  His act emanated professionalism with its unexpected magic, well-pitched humour, audience control and seamless format.  The kids were in stitches laughing at themselves and each other as they helped Mr Jim to create his amazing magic.  They were also speechless at times as they had no idea how unpredicted magic had been conducted right before their eyes.  I have no hesitation recommending Mr Jim’s Magic Show to anyone who wishes to organise a professional and entertaining event.  The memories we have of my son’s birthday will last a very long time.  Thank you Mr Jim. 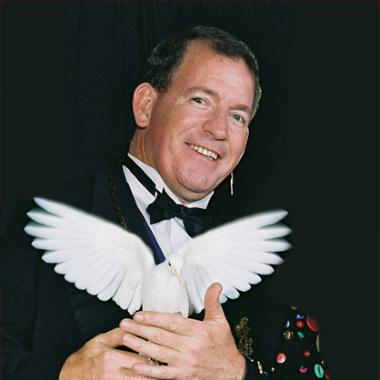