Luca has been performing mentalism and ‘magic of the mind’ for over 25 years. His experience and wealth of knowledge in this specialist field of entertainment is noticeable in every live performance. He is considered one of the most innovative and original mentalists today and not only does he entertain with his elegant but cheeky Italian style he has the rare skill to astound all types of audiences. There are many performing mentalists but very few that have a natural ability to make audiences laugh and gasp during a show like Luca Volpe does. Over the past few years, he has had the pleasure of entertaining over one million passengers with his live show onboard luxury cruise liners that include Celebrity Cruises, Princess Cruises, Royal Caribbean International and many more. Numerous private and corporate events have enjoyed his performances from intimate weddings to some of the largest corporations in the world like BMW, Ferrero and Westin hotels.

Luca is proud to be a member of the prestigious Magic Circle in London, with the degree of Associate of the Inner Magic Circle, awarded with 'Silver Star'  which is the highest recognition for his live show. He has received the Merlin Award for 'Mentalist of the Year Europe' and has also won the Nostradamus award for ’The Best Mentalist Europe’. 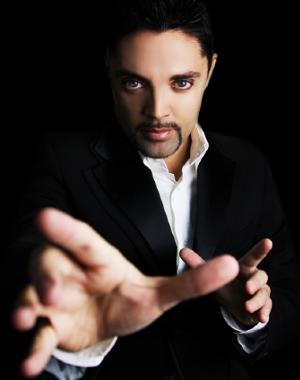