"Phoenix is a witch and we need to burn him... Except I want him opening my show!" - Rob Thomas, Matchbox Twenty

"This guy is FREAKING AMAZING, you have to see this!"
"I had chills, like FIVE times during your set...!" - Taylor Kitsch (Battleship, John Carter, XMEN Origins: Wolverine, Waco, American Assassin)

"AMAZING! What a weird feeling, but AMAZING!" - Delta Goodrem

"I NEED to learn how to do what you do!" - Shane Warne

"Phoenix is awesome... I worked with him on Behave Yourself and he's amazing" - Tim "Rosso" Ross

"Flawless! Jesse, we need this guy in our shows!" - Adam Pedretti, "Killing Heidi"

"I have no idea how you do this.." Tim Webster, Newsreader

"You can't have just done what you did.." - Tom Williams "Getaway"

"WHAT!? You're in my head!" - Laura Csortan - Former Miss Universe Australia & TV host.
"Get out, That's INCREDIBLE!"  - Larry Emdur
"Phoenix" is a well known as one of Australia 's top illusionists, having performed on national television several times, & having advised on-set of blockbuster Hollywood movies, but what is lesser known is that his start came from the studies of psychological mind reading from the age of 8.
Prepare yourselves for one of Australia's top corporate acts as he dazzles your guests. The explanations are amazing, but the skill level of which they have been developed to is beyond incredible.
Phoenix has headlined both the world's largest cruise ships, as well as the world's only 6-star luxury cruise theatres with his incredible shows. He has consulted for blockbuster Hollywood movies & TV shows, & is a regular guest on both Australian, & international chat shows. He was also the only person to receive a full standing ovation by both the audience & judges on Australia's Got Talent, 2009.
Human lie detection, predictions, & psychology are bound with a hilarious & clean sense of humour that will have your guests dazzled, &  will, without any doubt, have your audience AMAZED & talking about it for months after your event.
Cruise Directors of some of the world's largest cruise lines have stated: "Your show makes every other mentalist show look boring!".
Phoenix has more recently appeared on both international television & radio, including some Australian shows including "Good Morning" show, channel 7, Australia-wide broadcasted, WSFM Jonesy & Amanda breakfast radio show in Sydney, 2NM Radio Show, mid-north coast, 96.1FM The Edge, in Sydney, StarFM in Melbourne, & StarFM on NSW mid-north coast, just to name a few.
Three shows are available:
Mentalist: Phoenix- Extreme Stage Show
Phoenix's unbelievable psychological masterpiece mentalist show with an unusual finish, his jaw-dropping "Water Tank Escape" (As seen on 's Got Talent 09 - Standing ovation by judges & audience alike). Escapes are unusual for a Mentalist, but this escape requires pure control of one’s own mind & heart rate. An exciting end to an incredible show! Other large effects can be added also upon request.
Mentalist: Phoenix- Mind, Magic & Comedy Show
Phoenix uses micro-expression training, psychological tricks, body language reading, & lie detection to divine thoughts an audience member is merely thinking of, to predict & influence spectator’s thoughts & abilities, create premonitions & predictions, & to save his own hand from being spiked by a steel spike. All this while managing to include his unique, yet highly entertaining humour.
These shows have been referred to, by corporate clients across, as: Absolutely Astonishing”, “This guy is the real deal..”, & “Such an exciting & original act!!”.
Psychological Illusion at its best!
Mentalist: Phoenix- Roving Mentalism
Up close & personal, Phoenix will get inside your guest's heads!
Influence, suggestion, mind control, a touch of illusion & thought/body language reading are used in this show to bring a roving version of the incredible stage shows.
"BANNED!" - The ultimate Casino themed show!
No one believes just how incredible these shows are until they witness them for themselves. Forget the cheesy magicians performing the same old tired routines, book Phoenix today, & enjoy a successful event!
Shows are available in Sydney, Melbourne, Brisbane, Perth, Adelaide, Gold Coast, Cairns, & beyond!
Your guests will be talking about this for a long time to come! 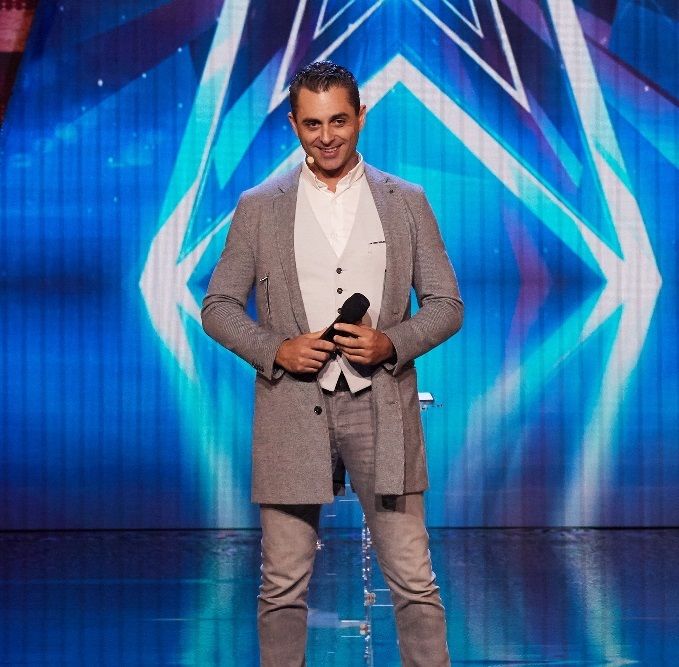