The audience can expect a feast of colour and movement as the 2 trained dancers and King Belle move to highly choreographed dance steps. Percussion solos and high energy traditional dance movements are guaranteed to capture the audience's attention

Soukous Ba Congo, their debut CD Zonga Zonga (1999) is perhaps one of the best Australian releases of its genre. Soukous Ba Congo performed at Womadelaide (2001). Flamboyant Kings Bell gives out the true African spirit that guarantees to make the crowd move.

Soukous Ba Congo has played numerous events such as all major festivals including (Womadelaide 2001, Frontier 112001 at the Forum theatre, Queenscliff Music Festival, Apollo Bay Music Festival, African Music Festival and Brunswick Music Festivals). Charity events such as ("salvation Army's Care for the Child", "Rwanda Appeal Concert" and "Free East Timor Fund Raising Concert"). Also featured on Channel Ten's Television A for the Rwanda Appeal and pre-match entertainment for international rugby "Mandela Cup" at the Colonial stadium in front of a crowd of more than 30,000 people. They also performed for the opening game of cricket match (South Africa vs Australia) at MCG on Boxing Day in 2001 and for "Afro Reggae Explosion" at Melbourne Arts Centre in 2002. Plus regular shows in Melbourne's African Scene keep the band progressing.

Congo born with Angolan parents. King Bell has performed with the Angolan National Ballet as dancer, singer and percussionist (1978-1985) taking him to such places as Italy, Russia. In the middle of a successful career, political upheaval in Congo exiled him to Brazil.

King Bell is an entertainer in the true sense of the word. His main focus in life is to perform and entertain people with his unique style of singing and dancing. In all of his performances he captures the audience with his passion and visual excitement of the dance. 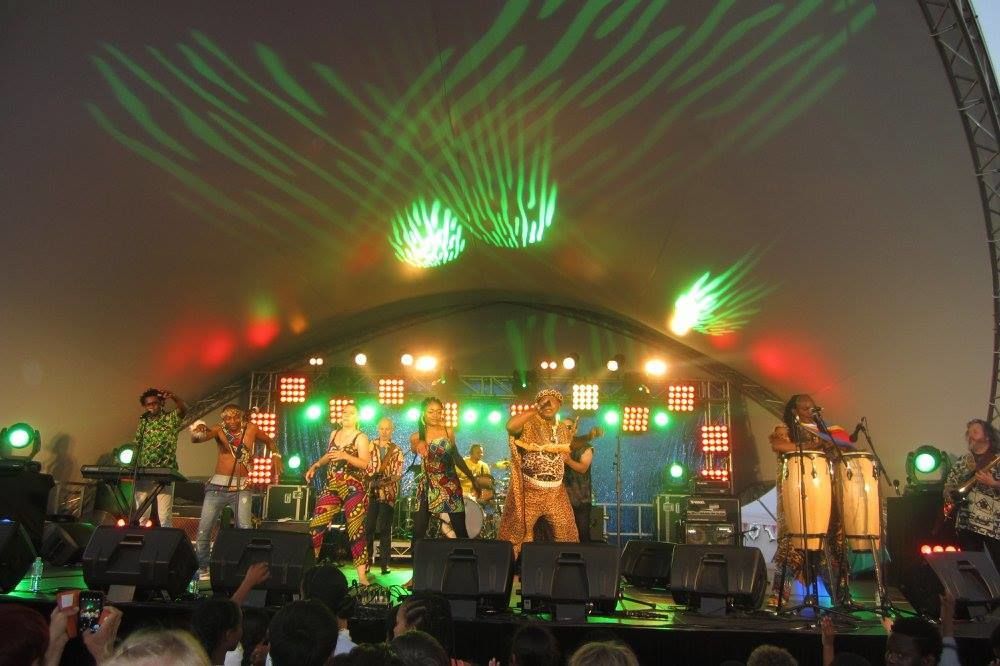