Two international voices unite and form ‘DUO DIVA”Coloratura Soprano Liza Beamish and Mezzo-Soprano Kathleen Procter-Moore have joined forces and formed “Duo Diva” in a blend of wonderful sounds and emotions, which combines the best of musical mediums in the style fast becoming known as "popera" - the same riveting style which had the likes of Il Divo and Amici rocketing up the charts.

Both singers have performed internationally and throughout Australia with companies including Opera Australia, WA Opera Co, Queensland Opera ; the London Opera players; and the Czech opera company.

Liza and Kathleen are now thrilling audiences in many local venues up and down the Tweed and Gold Coasts and in Brisbane, and can be seen often performing as soloists with The Northern Rivers Symphony Orchestra and The Gold Coast Philharmonic Orchestra.

Though Kathleen and Liza were trained in the classical tradition and spent their early years singing opera, they now perform a wide variety of music including musicals, popular ballads, show tunes and traditional Celtic music - and of course the hit tunes from the opera repertoire.

The programme will include “The Flower Duet” from Lakme, “Scarborough Fair”, and “Wouldn’t It Be Loverley”, “Danny Boy”, the unforgettable "Unchained Melody" and many other songs & duets from Musicals by your favourite composers such as Cole Porter and George Gershwin and other traditional classics from the celtic and operatic repertoire.

Your toes will tap, your heart will swell, and goosebumps will run up and down your spine when you thrill to the sounds of these two fine voices singing all your favourites. We can tailor make a programme for your specific event from Opera to contemporary pop. 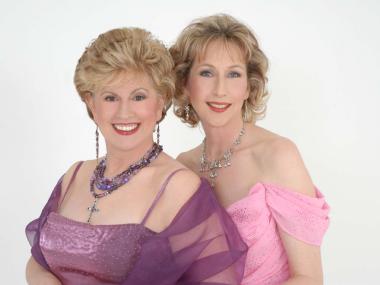