Maybe he is Him!

Or perhaps it's Roger Davy, the very next best thing!

Hot on the heels of his recent performances at the F1 Grand Prix in Singapore 2012 and back by popular demand in 2014, Whether its Corporate engagements in China, exclusive performance at the “multi award winning” Aria restaurant in Sydney or under stars in Alice Springs, The Pavarotti Forever tribute show staring Roger Davy one of the founding members of the highly acclaimed Ten Tenors presents "Pavarotti Forever." is fast becoming one of the “Premier corporate acts” in the country.

Our very own Pavarotti will delight touch your soul as well as tickle your funny bone. In the world of opera, our hearts and souls are lifted above the ordinary and into the divine. But in nearly every opera, there is a tragedy, recently we have seen the tragic passing of one of opera’s greatest heroes, Luciano Pavarotti. He touched our hearts and moved us all with one of the most magnificent voices the world has ever known. Pavarotti Forever (Stage Performance)

Performing the songs that made him famous including “O Sole Mio” and the legendary “Nessun Dorma” Not everyone can say that they have had the greatest opera singer of our day sing especially for them! “Pavarotti Forever” is a very unique entertainment experience, which has proven to be very popular for many corporate event openings.

..but don't just take our word for it!

Roger Davy’s rich and resonant voice is a worthy surrogate for Pavarotti’s, and from the opening song of the show (‘O Sole Mio’) his vocal skill was obvious.

Roger Davy has impeccable credentials and incredible talent as an opera singer – which you would expect, given you are performing a tribute to one of the greatest musical performers of all time. Davy has sung with the Ten Tenors, Opera Queensland, and Opera Australia.  The power of his voice was evident throughout the show, including in Pavarotti’s most famous song, Nessun Dorma.  You could immediately feel the impact of the song and the singer’s explosive power and amazing vocal range as it electrified the audience.

Tenor Roger Davy performed at three installations of our event in 2008, 2009 and 2011. As the roving Singing Waiter he engaged and interacted with the audiences on many levels and as a stage performer, captured the hearts of many with his powerful vocals and commanding presence on stage. Roger added to the great atmosphere of the event, which contributed to the event very successful each year" We would have would definitely not hesitate to recommend Roger and Vavachi for any other events as we are confident that he will add value to any event that he is involved in".

Thank you for your wonderful performance at our recent event. Your Pavarotti performance was beautifully uplifting and a captivating introduction to our evening. The performance held our guests entranced and left us all wanting more. My expectation of your performance was high and I was not disappointed in what you delivered on the night!' Maunsell Australia

... I just wanted to write and thank you personally for making our biggest corporate night of the year even bigger.
Your Pavarotti performance blew everyone away - the power and sheer presence of your performance was absolutely riveting and [I have] no doubt that many in the audience thought you were the real thing.

.... Your performance added that something special - a unique point of difference that had everyone was talking about after the event I would not hesitate recommending Pavarotti in Australia show to any corporate function looking for something unique on the Sydney scene.'

.... unique take on Pavarotti really bought an element of class ends simple entertainment to our clientele as well as the Boatshow public. I would have no hesitation in recommending him for any corporate function in the future. Sanctuary Cove Boatshow

PAVAROTTI & THE DIVA
THE SINGING WAITER- SINGING ON THE MENU 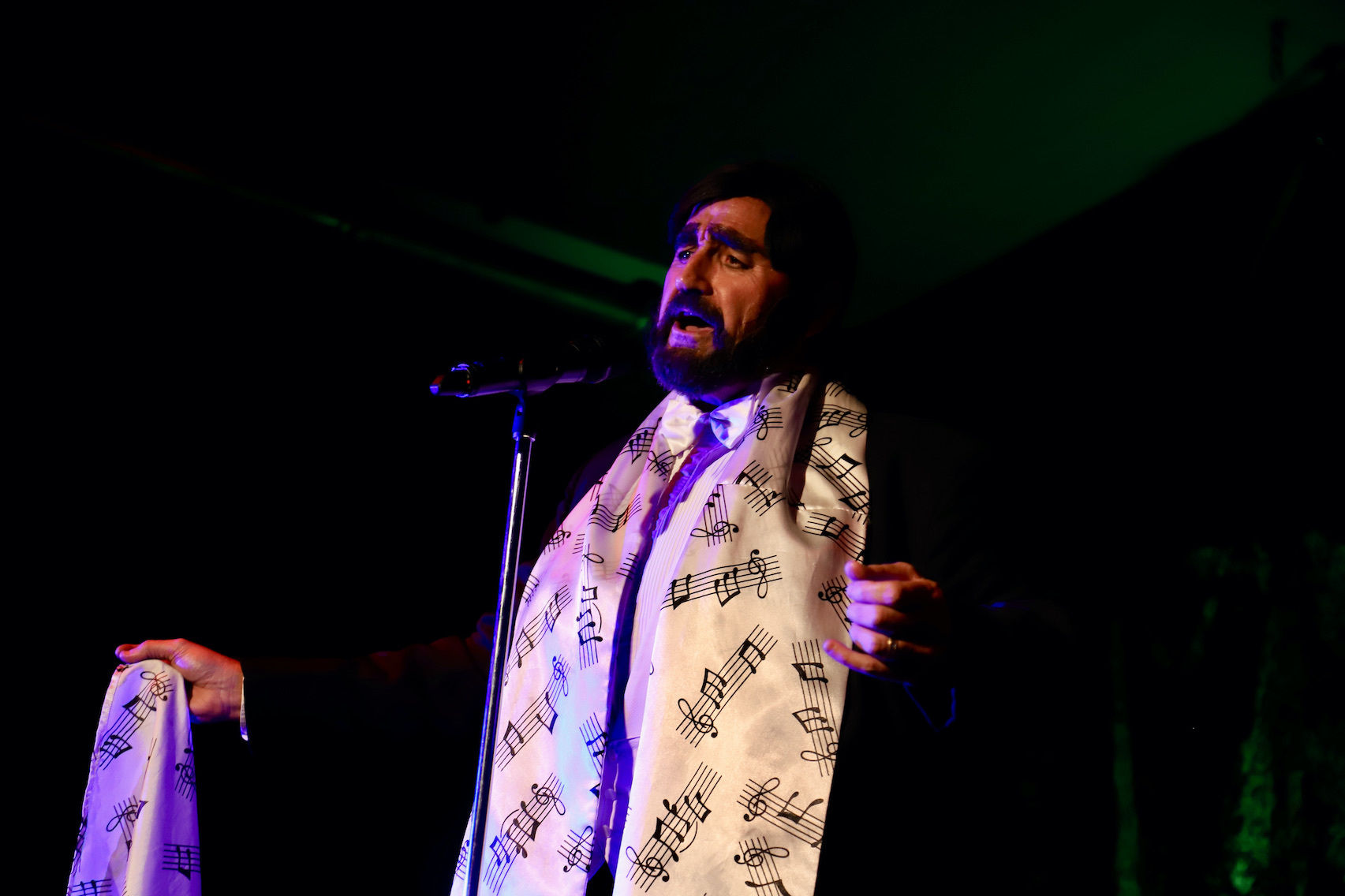