Request a Quote
In a tribute to what would have been Pavarotti's 81st year, Ten Tenors co-founder Roger Davy and Vavachi Entertainment presents Pavarotti & The Diva  Recently performing to standing ovations at the recent Fringeworld Festival in WA, well-known Australian tenor and Vavachi Entertainment director said he wanted to celebrate the legacy of the famous Italian operatic tenor Luciano Pavarotti, who was born on October 12, 1935, in Modena, Italy, and died on September 6, 2007, from pancreatic cancer. “Pavarotti was one of the finest tenors of the 20th century and an extraordinary man.”
The show celebrates the life of the great Luciano Pavarotti ,The Man & his Music, his unique style glamour and magic, with a touch of Romantic and Comedy. Let the voices of our world class Tenor & Soprano combination spellbound you with popular melodies from Opera, Operetta to the wonderful world of Popera Duets, including songs by Andrea Boccelli and Sarah Brightman including, The Prayer, Time to say Goodbye, Brindisi and Nessun Dorma.
This show has had successful local performances in Melbourne, Sydney and on the Gold Coast as well as internationally across South East Asia.
Mr Davy has sung with Opera Queensland, Opera Australia and in Germany and the UK over the past 25 years.  He was instrumental in establishing the Ten Tenors and formed his own company Vavachi Entertainment in 2003. The company’s main aim, apart from delighting audiences throughout Australia and Asia, is to be a launching pad for young talent. Several of his students have gone on to successful careers nationally and internationally with such names as Andre Rieu.
Pavarotti & The Diva, is more than a recital of old favourites. The show has a plot linking the songs and revealing the stories behind them. Add to that, the light-hearted farce of the Tenor (Pavarotti) competing for the attention of the beautiful soprano (Diva) and you have plenty of laughs and musical excellence.

Dont just take our word for it...

Roger Davy’s rich and resonant voice is a worthy surrogate for Pavarotti’s, and from the opening song of the show (‘O Sole Mio’) his vocal skill was obvious.

Pavarotti & The Diva is a passionate celebration of an unrivalled superstar; perfect for opera aficionados or novices alike. Bravissimo!

Jack’s soaring high notes had barely faded when a woman in the front row summed up the mood with a rather loud, ‘Wow!’

Davy and Jack are wonderful together on stage, a lovely rapport between them and their voices blending beautifully in a range of duets, from the raucous ‘Brindisi’ (La Traviata), the poignant ‘The Prayer’, to Pavarotti’s signature song, ‘Nessun Dorma’.

Theres is no finer voices on display than in Pavarotti & The Diva show, its an hour-long show of absolute vocal quality.

"The performances were incredible and in our guests’ words ‘it was the best New Year’s ever!” Four Seasons Resort Maldives at Landaa Giraavaru.
“Thank you for your incredible and moving performances.”
Olivia Newton-John and Gregg Gave, Directors, Gaia Resort and Spa.
"Roger captured the hearts of many with his powerful vocals and commanding presence”...
Sarah Martin, Director of Operations, Singapore Grand Prix.

This is wish list for requirements only, depending on the function or event we

will always work from this for the desired outcome. 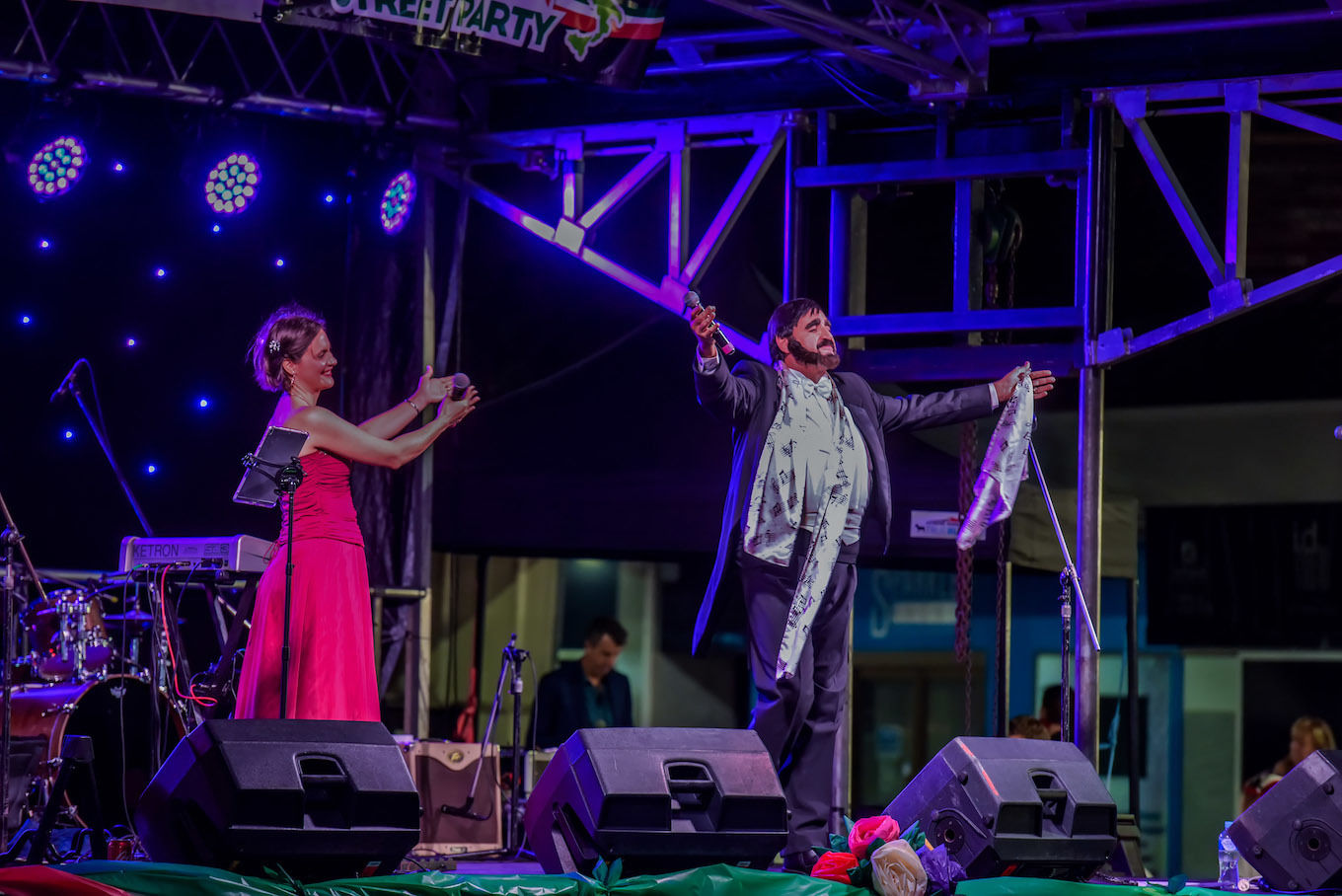